Venus Distribution was founded in 1972 in Wellington, New Zealand. It distributes television shows from the US, Canada, and parts of Europe to New Zealand.
1st Logo (1972 - 1988) 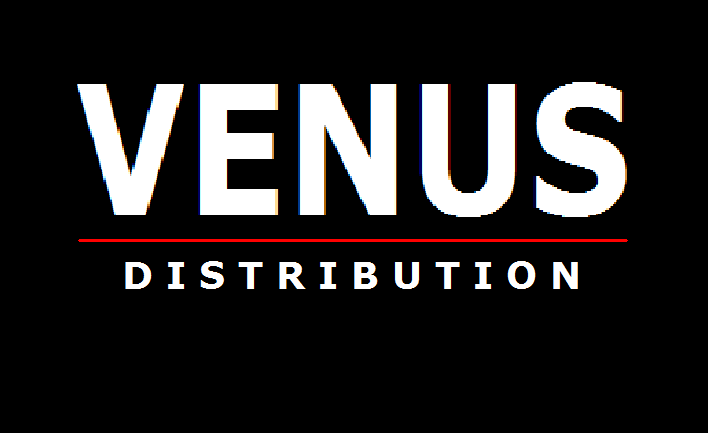 Logo: On a black background, we see a red line fading in, and "Venus" appearing above the line, and "Distribution" fading below.
Variations:
Music/Sounds:A 14-note piano tune mixed with bongos.
Availability:Very rare for the standard variation, was seen on Yogi Bearshorts when aired on Cartoon Network, but Boomerang airings plaster it with the 1989 logo. The "in association with..." variation is easier to find, it was seen on The Muppet Show, St. Elsewhere, Lidsville, and others. The "distributed by" variation is extinct, it only appeared on reruns of the pre-1948 Looney Tunes cartoons before 1996.
Scare Factor:Minimum, the music may surprise some, but its harmless. However, the scare factor may rise, due to the ITC "Spinning Diamonds of Doom" logo following it on The Muppet Show.
2nd Logo (1985 - 2006) 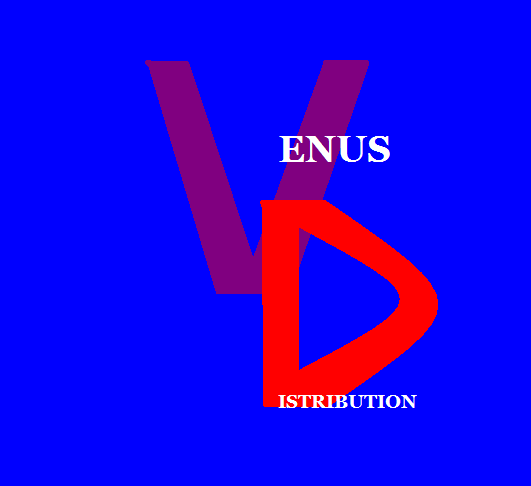 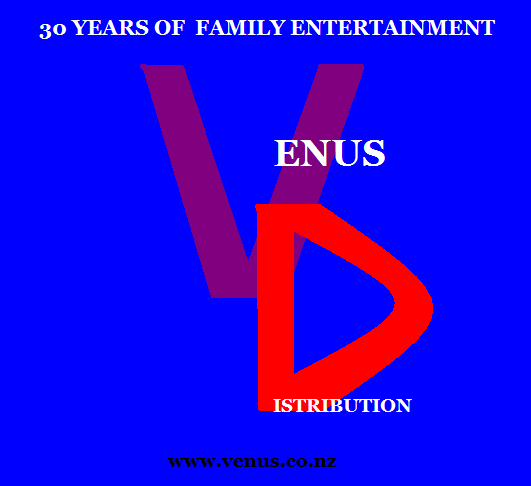 Logo:On a blue background, we see a purple "V" zoom in, then a red "D" zooms in as well, with "enus" and "istribution" sliding in next to the V and the D, respectively.
Variations:
Music:
Availability:Common, as it was used for 21 years, the 1985 version is rare, it can be seen on Sailor Moon, The New Adventures of Winnie the Pooh, and The Muppet Show. The 1989 version is easier to find, it was seen on Alvin and the Chipmunks, The Woody Woodpecker Show, and Pingu. The 1999 version is the most common, it was seen on season 1 of Teen Titans, some episodes ofseasons 7 - 8 of Thomas and Friends,Season 1 - 3 of Aqua Teen Hunger Forceand other shows.
Scare Factor:None, it's a favourite of many, thanks to the music.
3rd Logo (1989 - 2000, 2004)

Logo:On a blue background, we see Venus rotating on its axis while zooming in, then "Venus Distribution" in yellow, zooms in, and turns into yellow dust.
Variations:
Music/Sounds:An Moog synthesizer tune with seven rising loops, with each loop having four synth beeps.
Availability: Rare, seen on prints of The Muppet Show, Thomas the Tank Engine, Alvin and the Chipmunks, Garfield and Friends,and other programmes, in Venus' library, often plastering the last logo. This logo can still be seen on Seasons 1 - 4, and 6 of Thomas the Tank Engine.
Scare Factor:Medium to high for the standard variation, High to nightmare for the darker version, the music and animation may scare more than a few. None for the TTTE version.
4th Logo (1999 - present) 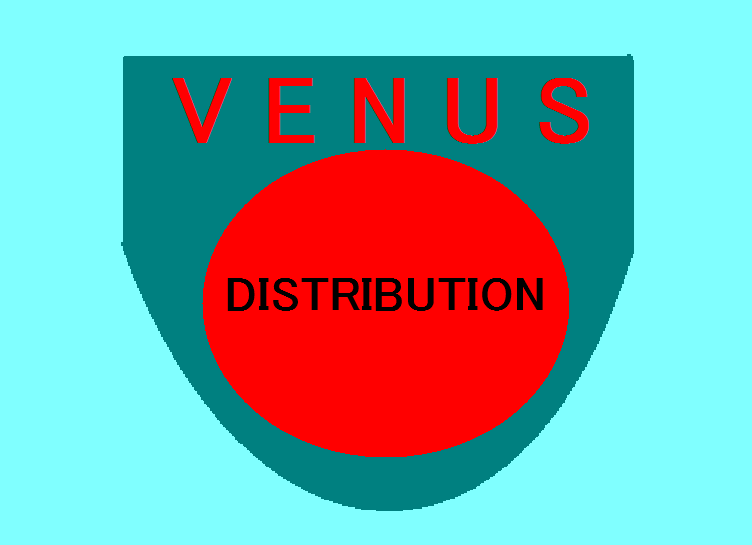 Logo: On a blue background, we see a blue shield with the word "VENUS" in red, zoom in, and a red circle with "DISTRIBUTION" fades in.
Variations:
Music:Usually the closing theme of the show, on others, a loud whoosh is heard.
Availability: Uncommon, as this is no longer used as the primary logo, it can be seen on Teen Titans, seasons 5, 7 - 10 of Thomas and Friends(season 6 used the previous logo.), and Maggie and the Ferocious Beast.
Scare Factor:None for the standard version, low to medium with the whoosh.
5th Logo (2002 - present) 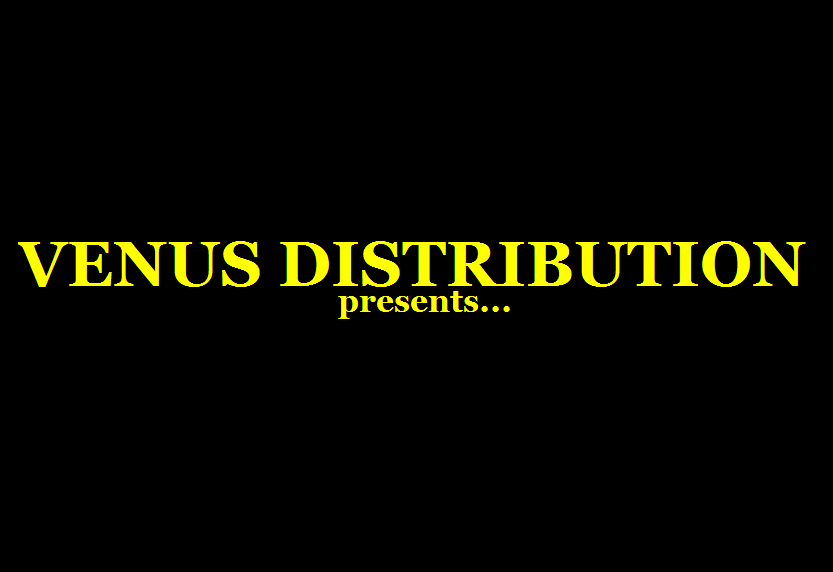