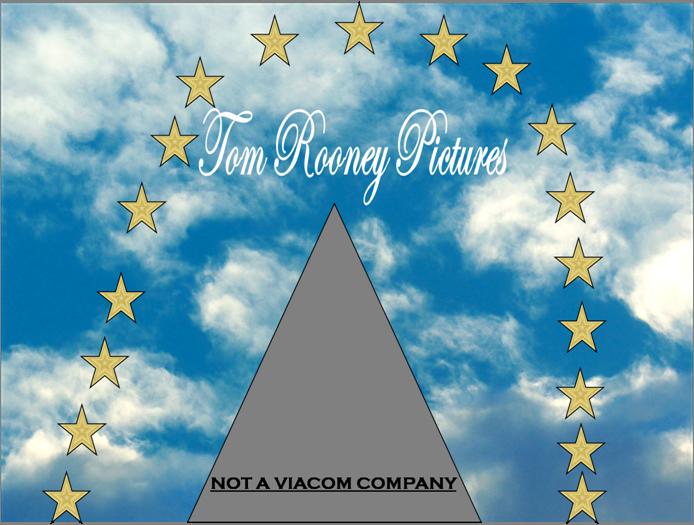 Logo: On a sky background, we see a grey triangle (which appears to resemble a mountain). Then, some stars fly in from each end of the screen, before settling in a ring around the summit, ala the Paramount logo. Then some text reading:

Tom Rooney Pictures
in script writing, fades in between the ring of stars. The byline "NOT A VIACOM COMPANY" fades in below.

FX/SFX: The stars flying in.

Cheesy Factor: The logo has a kind of PowerPoint-ish feel to it.

Music Variant: On some shorts, the Whose Line is it Anyway theme plays instead of Eurodancer.

Scare Factor: None, the animation isn't to in-your-face and the music is rather calming