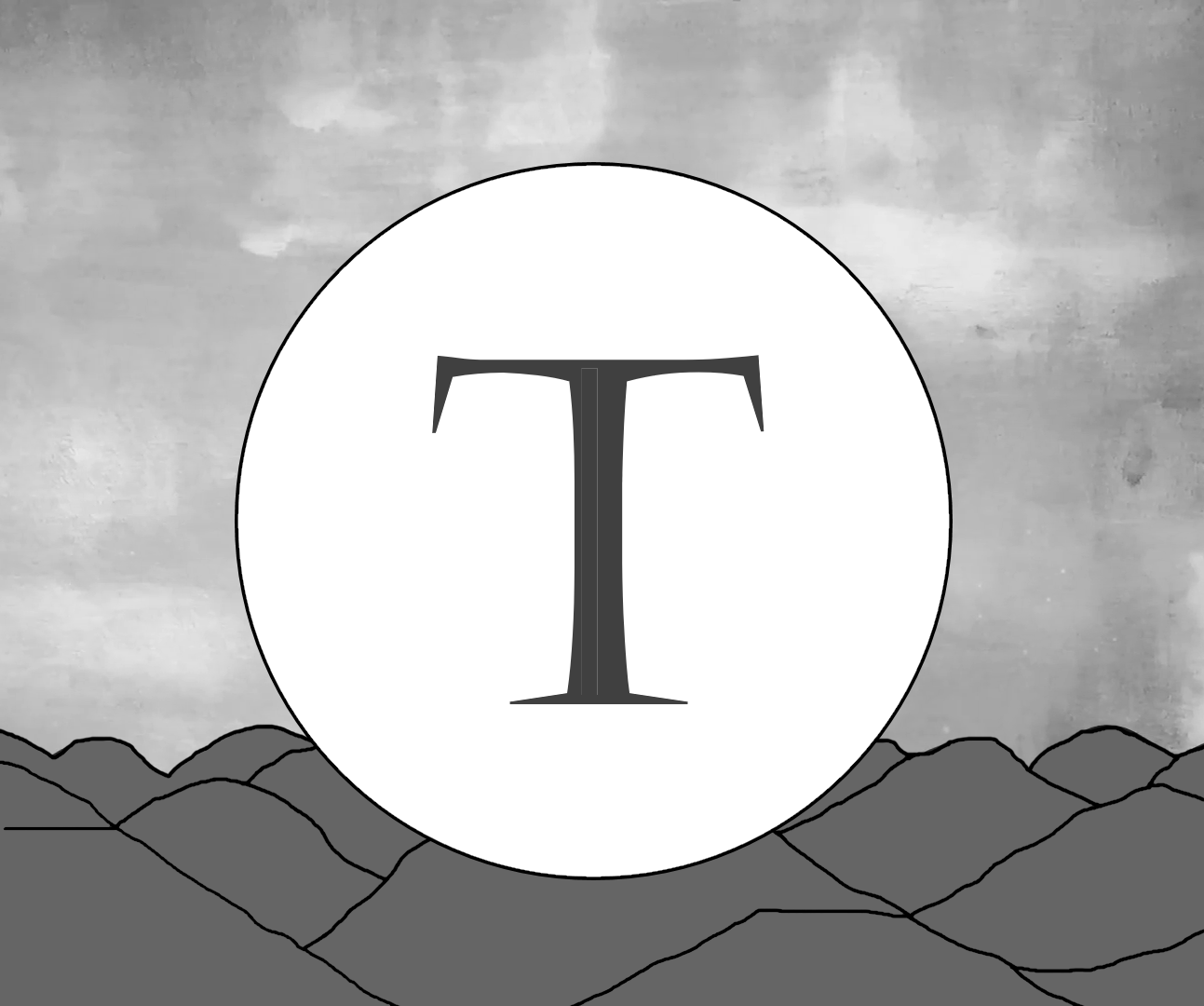 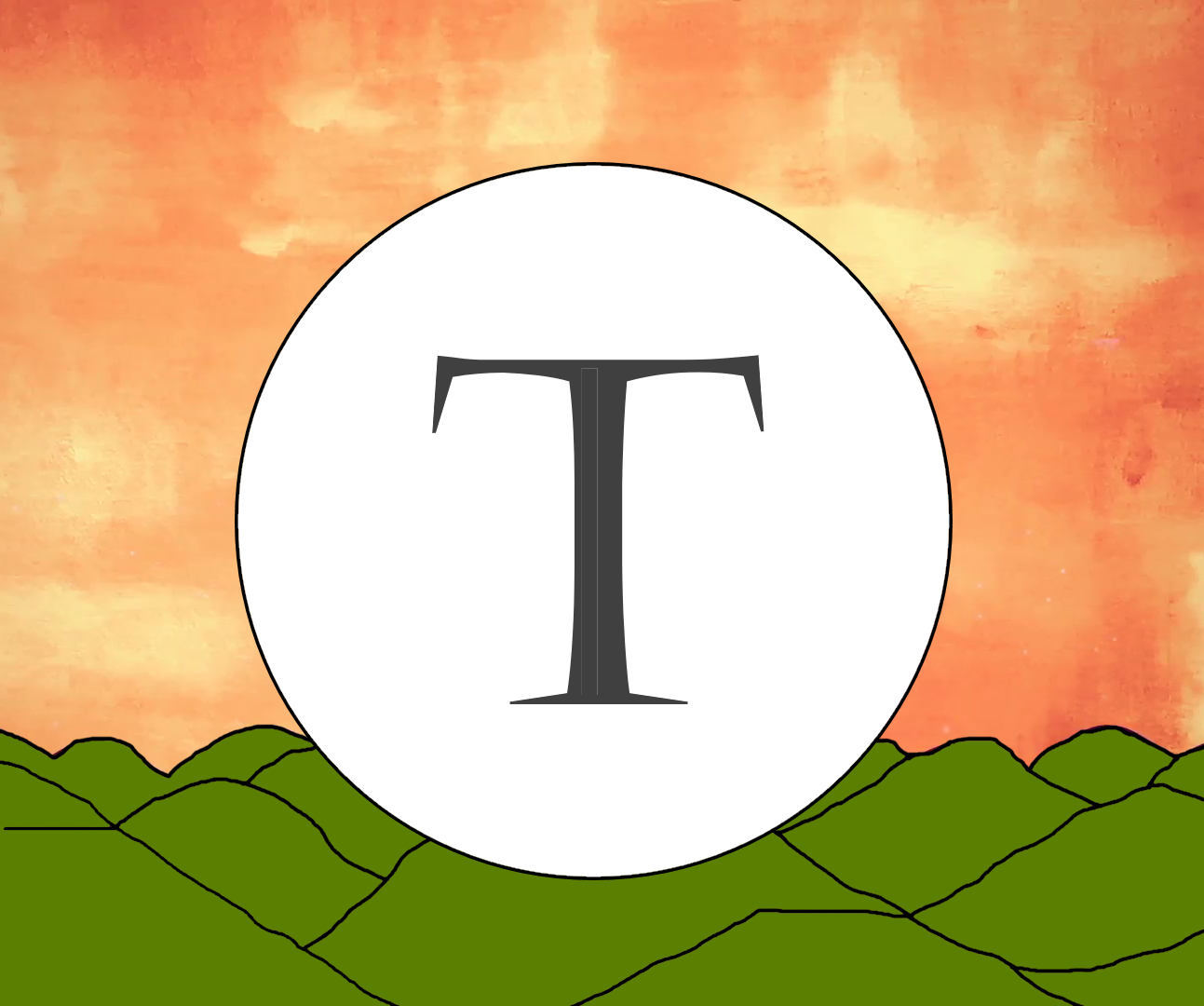 Availability: It can be seen at the end of Japanese black and white TV shows.

Editor's Note:The logo forming is a little choppy, but neat for its time.
3rd Logo
(1960-1962)
Logo: In a back background, we see the T logo from the previous logo, with some differences. (The circle is thinner, and the letter T is slanted a little.)
Variant: A smaller T logo variant exists.
FX/SFX: None.
Music/Sounds: None.
Availability: Extremely rare. It has been spotted in two showsso far, these being1960 (so far), and The Blind Man
Editor's Note: None.
4th Logo
(1960-1962)
Logo: In a black background, we can see the two-ringed variant on top, accompanied with "サウンドとスピーチの制作" in white, curved around the T emblem. On the bottom, we can see "SYSTEM TOHO".
FX/SFX: None.
Music/Sounds: The end of the film.
Availability: So far, only seen inTango.
Editor's Note: None.
5th Logo
(1968-2005) 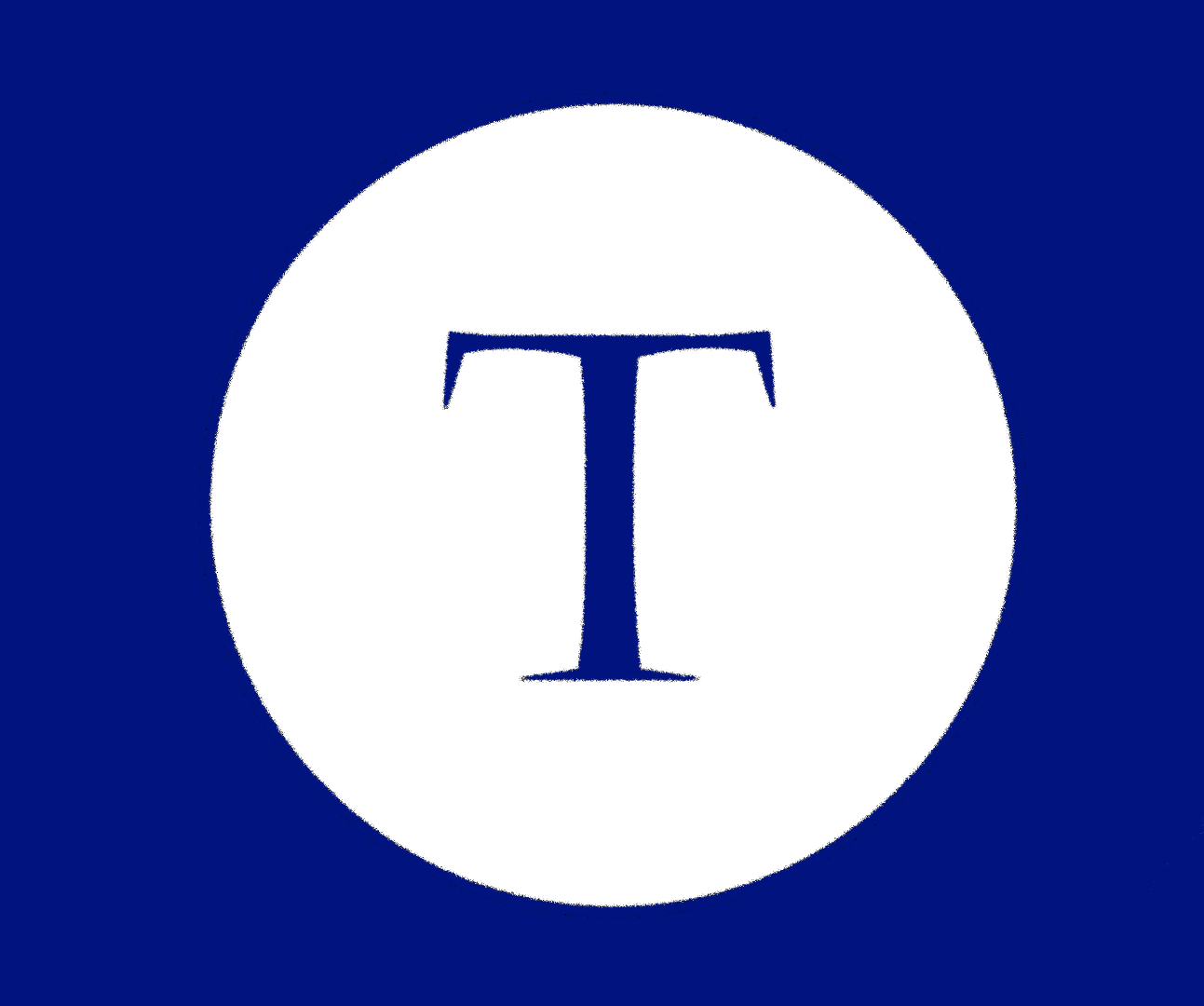 Nickname: "Simple T-Circle", "Other 60s T", "70s T"
Logo: On a blue background, the Terebi logo appears in the same way as the previous logo.
FX/SFX: The simple animation.
Music/Sounds: Possibly the closing theme of the TV show.
Avariability: Extremely Rare. Maybe even Extinct. Seen on "Magic is Fun" and "Landscape".
Editor's Note: None.
6th Logo
(1970's-1980's)
Logo: In a white-blue gradient background, we can see the T logo with two rings in red.
Variant: An one-ringed black background variant exists.
FX/SFX: None.
Music/Sounds: The end of the film's music or none.
Music/Sounds Variant: At the starr ofInnan Vi Vill Ha Barn, we can hear one note from a guitar.
Availability: Extremely rare.
Editor's Note: None.
7th logo
(1985-1998) 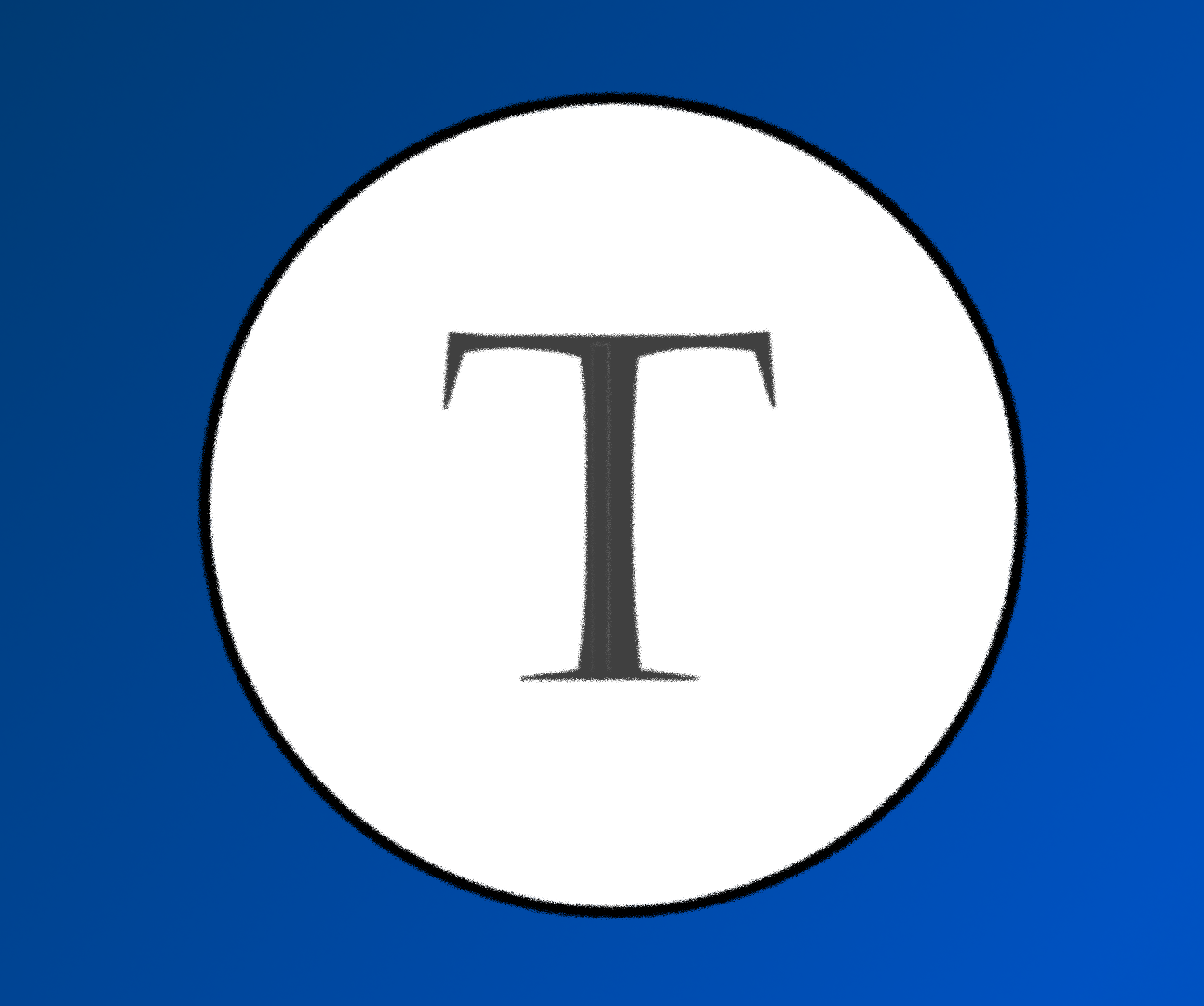 Nicknames: "Cheesy Terebi", "80s T"
Logo: On a black background, we see lines that move up and down a few times. When moving the fourth time, the screen flashes two times as well before the logo comes spinning to the screen while the screen flashes a few more times and several videos end the logo with the background being a blue gradient when the videos zoom out.
FX/SFX: The zooming, spinning, and the videos.

Music/Sounds: A synth orchestration.This is a synth remake on the theme used on the company's documentary-centred programmes as far back as 1969. Drum sounds are also included when the screen flashes.
Availability:It could appear on TV repeats of films distributed by the company when that logo was used on TV networks in Japan.

Editor's Note:This is a very trippy logo and has been known to scare some people with coulrophobia.
8th logo
(1989)
Nickname: "The Different Kind of T"
Logo: In a black background, we see the T logo in white, but this time, the letters are not in a ring, as they are in a pillowy shape. Next to the logo, we can see "あ" and "製造" on the top and bottom respectively.
Variants:
FX/SFX: None.
Music/Sounds: None.
Availability: Only been spotted onThe EmigrantsandNej.
Editor's Note: None.
9th logo
(1996-2009) 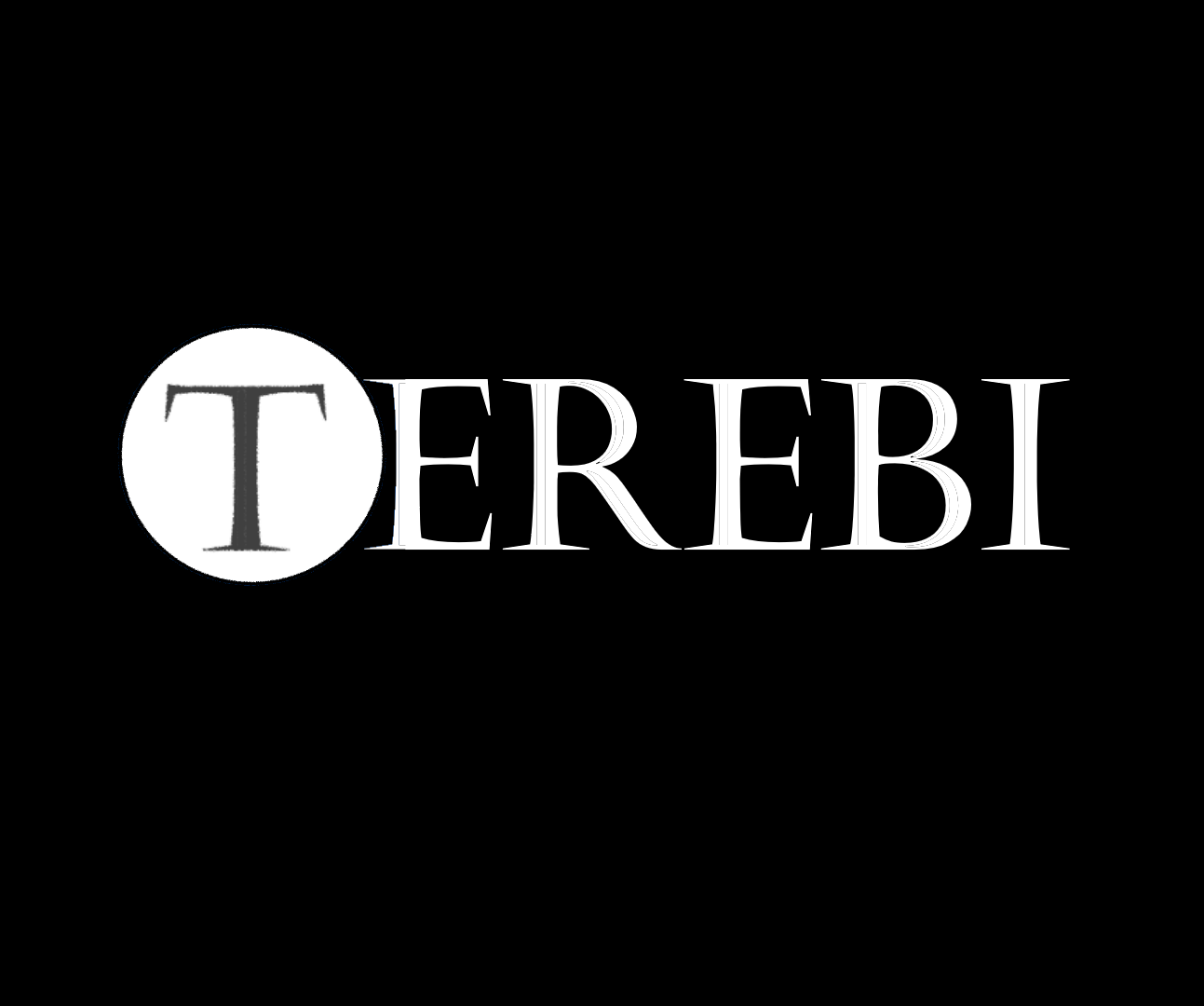 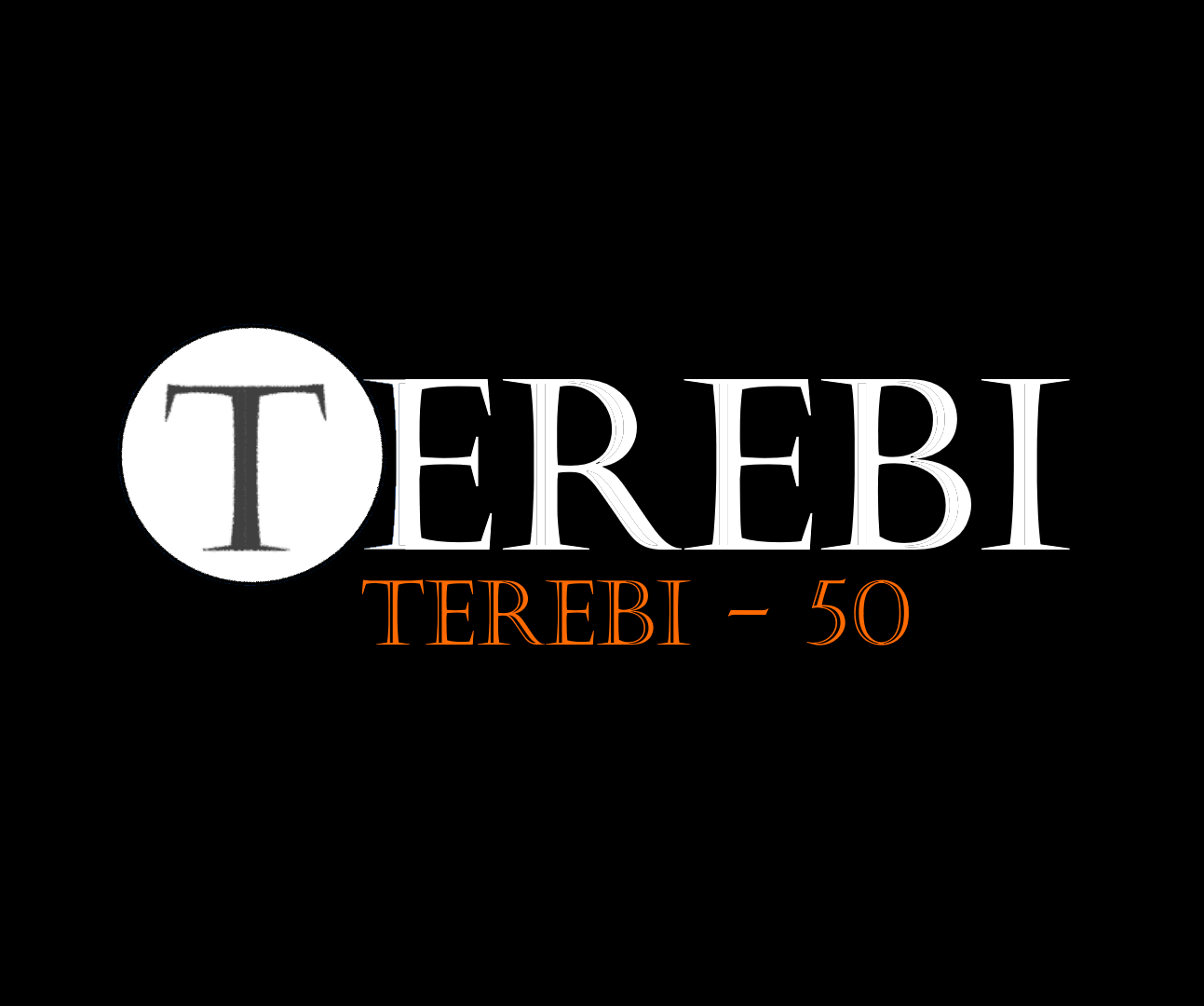 Nicknames: "CGI Splash", "T-Circle", "Orchestrated Synth", "90s T"
Logo: On a black background, similar lines from the previous logo zoom in. The lines then move off the camera while spinning to reveal splashes of water as the camera pans in the direction the splashes are moving. A circle with a T inside then is revealed and the word "EREBI" fades in on the right to complete the word "TEREBI".

Variant:In 1999, the company celebrated their 50th anniversary and made a new variant with "TEREBI - 50" under the T-Circle
FX/SFX: The lines, the splashes, and the "T-Circle".

Music/Sounds: An orchestrated triumphant tune with splashes and bird sounds for the splashing part.

Availability: Same as the 3rd logo. 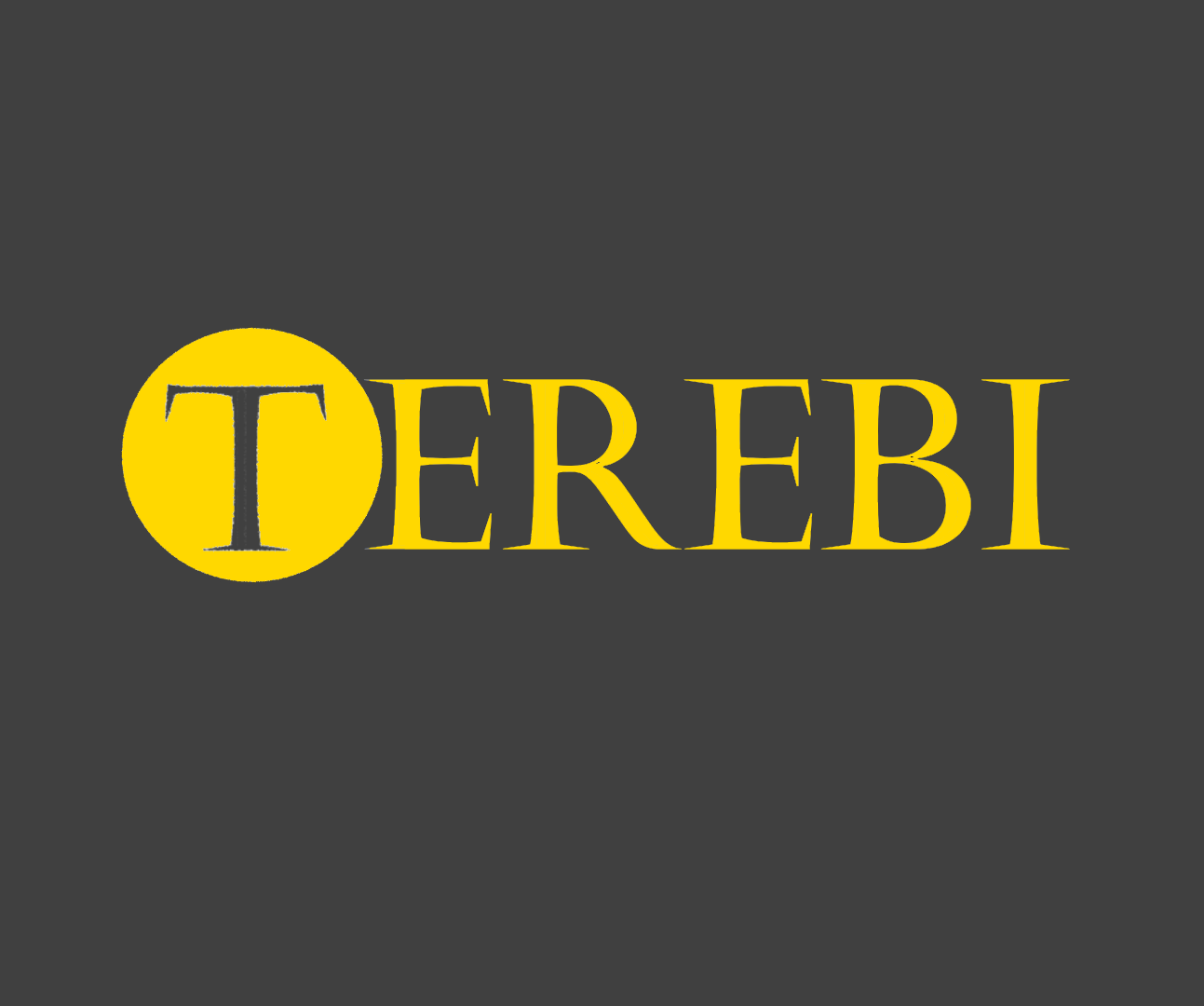 Logo: On a black gradient background, lots of dots appear from the center and grow across the screen. After that, the screen pans out to see the same T from the last logo in the middle. Like the last logo, the word "EREBI" slides in to complete the word "TEREBI"

FX/SFX: The camera panning out, the dots appearing, and the words sliding in. Modern effects.
Variant: There is an international division known as "Terebi International" with that name replacing "Terebi".

Editor's Note:This is a great successor to the previous logo.
11th Logo
(2019-)
Logo:There are two Variants: Underwater, we see yellow rays shining and water rippling. We see bubbles rise up and fly freely. We pan up and zoom in (with some visible water spots) to reveal the full setting to be a forest at sunrise: there are pine (and other type of) trees with a few houses in front with grass and other trees and mountains in the background. We see red haze (explaining the red rays) swiveling through all this on the right, and the camera tilts a bit so the sun stays shining on the horizon. On the sky, we see a flock of birds flying north (The sun rises in the east). The haze now shows up to the right and moves like the filmstrips in the 1996 Filmax logo. The haze forms the "TEREBI" logo from the previous logos and also "STUDIOS" below. The haze disappears and the logo shines.
OR:
through some clouds, we see some mountains, as a flock of birds fly past. the camera moves down to the location of the first variant, except at midday, as as the haze flys up, the background fades to that of the first variant, and the logo ends the same way.
Special Variant: When the logo was first introduced, the company celebrated their 70th anniversary with a variant that added two blue flashes and extra text at the end of the logo. The first blue flash had the text:- 1949-2019 -. The second flash had:CELEBRATING 70 YEARS.
FX/SFX: Mind-blowing CGI!
Music/Sounds: We hear strings and 15 mallet notes, then we hear a reorchestration of the Terebi theme.
Availability: Current. Can be seen on the company's newer releases. the second variant was uploaded to YouTube by Terebi Studios Japan.
Editors Note: It's an amazing logo, thanks to the majestic music and the great CGI.