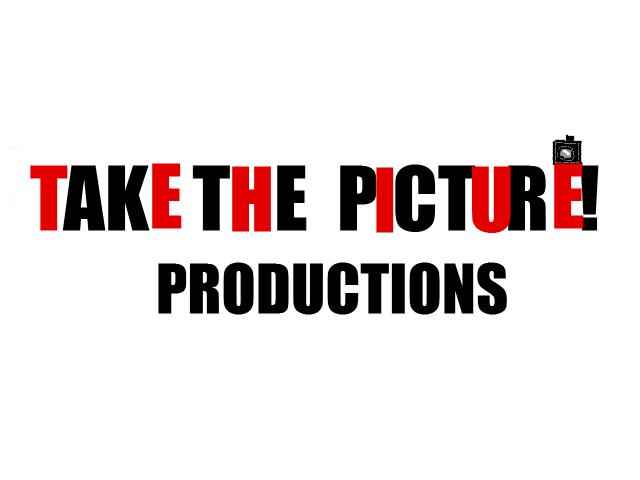 Music: Sounds that fit with this logo, the end theme of the show, or silent.

Scare Factor: None to low.

Logo: On a white background, we see the logo, but with no red on it, the camera is placed on the "E" in "THE", and "PICTURE!" is below "TAKE THE". It splits in half, revealing the following variants. After theanimation finishes, the logo merges together again and "PRODUCTIONS" fades in below.

Music: What ever sounds accompany this logo, the end theme of the show including what I said first, or silent.

Scare Factor: It varies depending on variant.