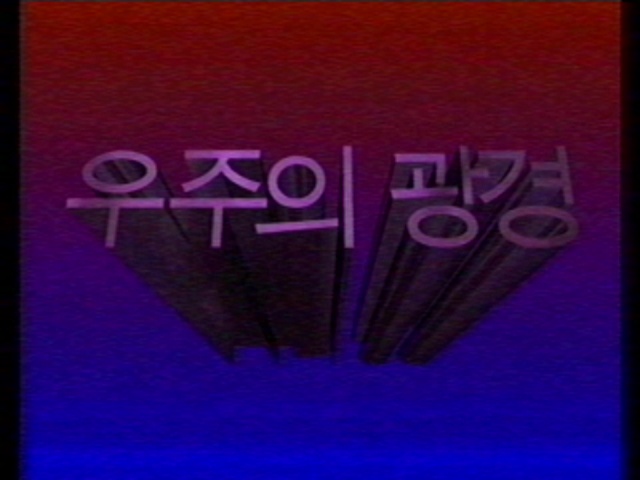 Nicknames: "Korean Space", "Golden Book of Korea", "Blue Star of Doom", "The Windows Tada Logo"
Logo: We zoom out on a black/blue gradient BG with stars. A blue star then begins to zoom in and spin, while the other stars zoom away from it. The blue star keeps on zooming and covers all the screen. After a second it zooms out, we see that red color appeared at the top of the background and the purple shining Korean name is seen at the center.
FX/SFX: The stars zooming, the logo shining.
Cheesy Factor: The animation looks a bit primitive for it's time. Not to mention they used a Windows sound for their logo's music!
Music/Sounds: A loud whoosh that should be heard at a low volume, with the Windows "TADA" sound when the logo appears.
Availability: Extremely rare. Appeared on Korean VHS's mostly from 1998-2000. Most of them are hard-to-find.
Scare Factor: High. With the primitive animation and loud whoosh, this is a logo you should see with the lights on.