The Public Broadcasting Service2, known on air as PBS2, is a publicly funded non-profit distribution service (founded on November 3, 1969)that serves a variety of television stations in the United States, as well as some areas of Mexico and Canada. PBS2 is also a secondary channel to the more popular channel PBS, a difference being that instead of how PBS airs educational/informational shows, PBS2 airs entertainment shows. PBS replaced its predecessorNE2inOctober 5, 1970, the same day that PBS replace NET. PBS2 uses the same affiliates as PBS.
1st Logo
(May 17, 1970-Late Summer 1971) 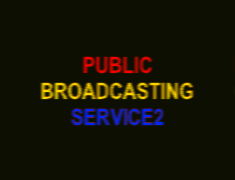 Nicknames: "The Text of Boredom's Twin" "The Text2" "Public Boredom Service2"
Logo: Just a black background with the words:
PUBLIC
BROADCASTING
SERIVCE2
stacked on top of each other in red, yellow, and blue.
FX/SFX: Unknown, though it is believed that
Music/Sounds/Voice-Over: Usually, a live announcer says "This is PBS2. The second Public Broadcasting Service." Some instances used no announcer.
Avalibility: Extinct. There is no current video footage of this logo.
Editor's Note: This logo is infamous for being one of the most heavily searched for idents in PBS history. Only one PBS
2nd Logo
(Late Summer 1971-September 30, 1984)(March 14, 2016- ) 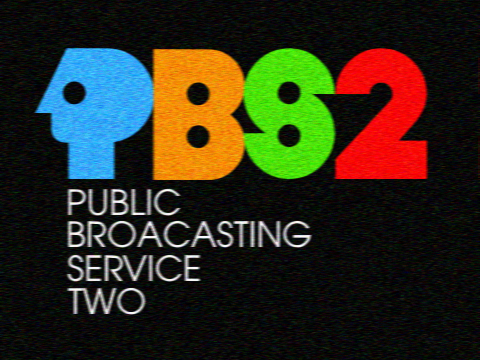 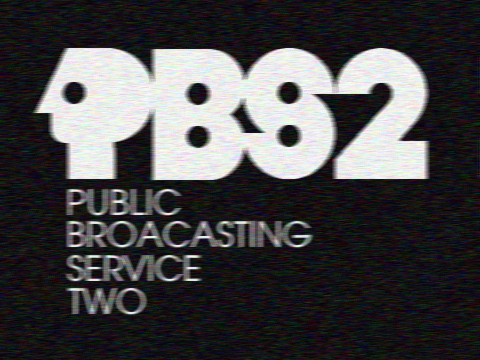 Nicknames: "P-Head's New Friend" "PBS2 P-Head"
Logo: Same as PBS's 1971 Logo, but the "PBS" letters are pushed to the top-right to fit the "2" and the word "TWO", which pops up after the S appears.
Trivia:
Variants: After March 14, 2016, In reruns of any episode of a show produced between the time this logo started and stopped being used air, a still version of this with the "PBS2" letters in white is used instead.
FX/SFX: Same as PBS's 1971 Logo.
Music/Sounds: Same as PBS's 1971 Logo.
Music/Sounds Variants: On the B&W Reran Variant, the descending synthesizer beginning part is cut out.
Avaliability: While the original variant is very rare to come by today, the B&W Reran Variant is still commonly seen on old programs.
Editor's Note: This logo is considered a fan-favorite, and is the most popular PBS2 ident. This feedback brought it's revival in early 2016.
3rd Logo
(September 30, 1984-September 17, 1989) 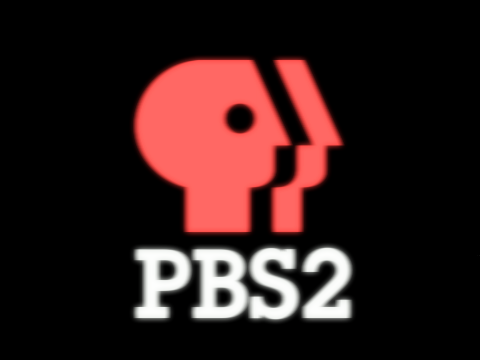