Logo: On a black BG, gold lights form a shape in form of a potato, then breaks up, then forms "POTATO VIDEO DISTRIBUTION". We fade out.

Trivia: According to the company, there are approx. 705 computer-made lights in this logo.

Music/Sounds: None. If you want to count the VHS noise, then?

Availability: Seen on far 25 films of the time. 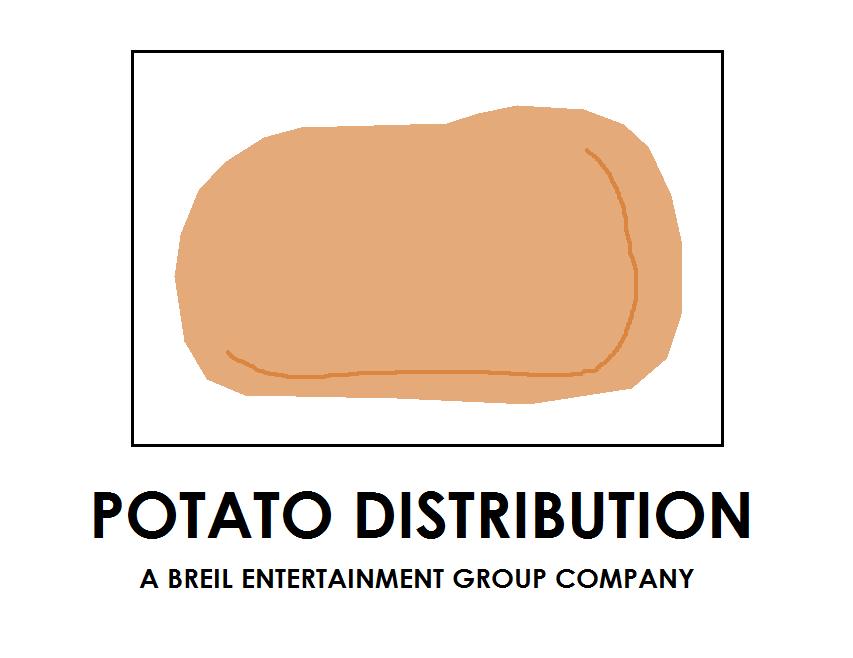 Logo: On a white background, we see a potato zooming to the screen. Then, a black box outline zooms out to the potato. After that, the words "POTATO DISTRIBUTION" fade in below with the byline "A BREIL ENTERTAINMENT GROUP COMPANY" below it.

FX/SFX: The potato jumping, the box zooming, the fading.

Availability: Seen on the company's releases of the time.

Scare Factor: None. This logo can really make you hungry for this thing.

Logo: Same as the previous logo, but redone in CGI. The potato now spins and is realistic.

FX/SFX: Same as the previous logo.

Music/Sounds: A remix of the same theme from the previous logo.