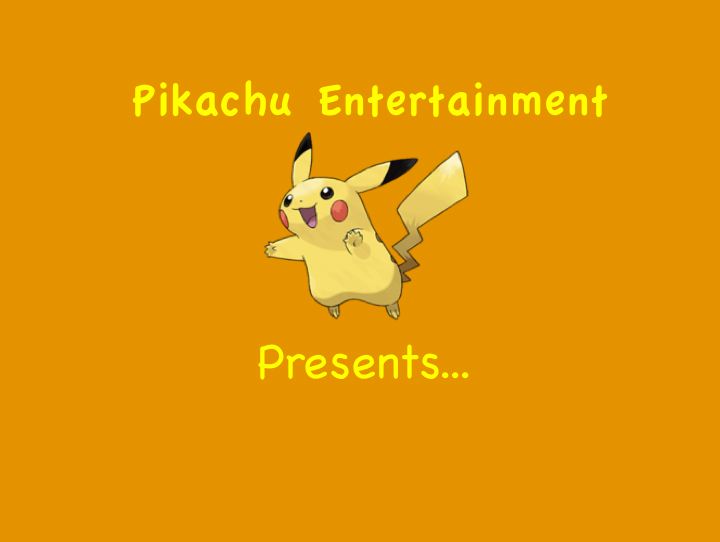 Logo: On a orange BG we see Pikachu. Then the words "Pikachu Entertainment" in a kid font rise up from the bottom of the screen. Sometimes it's still.

Variant: There is a variant where there is "Presents..." in another kid font below Pikachu fading in.

Music/Sounds: None or the ending theme of the show.

Availability: Common for the regular variant and uncommon for the presents variant. It can be seen at early episodes of TVdex, The Adventures of Pikachu, Shopping with Squirtle and other shows.

Scare Factor: None; it's a cute logo.

Logo: On Pallet Town, Pikachu looks up. Another Pikachu appears falling down but Pikachu catches it. "Pikachu Entertainment" in the same font from the previous logo fades in below. Pikachu then looks at us and winks his eye.

Music/Sounds: An cute jingle with an falling sound when the other Pikachu falls down and an "ding" when Pikachu winks his eye.

Availability: Very common, appears on The Adventures of Pikachu and Shopping with Squirtle. It is currently seen on TVDex and other shows just like Poke-News, and Bulbasaur in Mystery Land.

Scare Factor: None, this may be a favorite for fans of Pikachu and Pokemon. 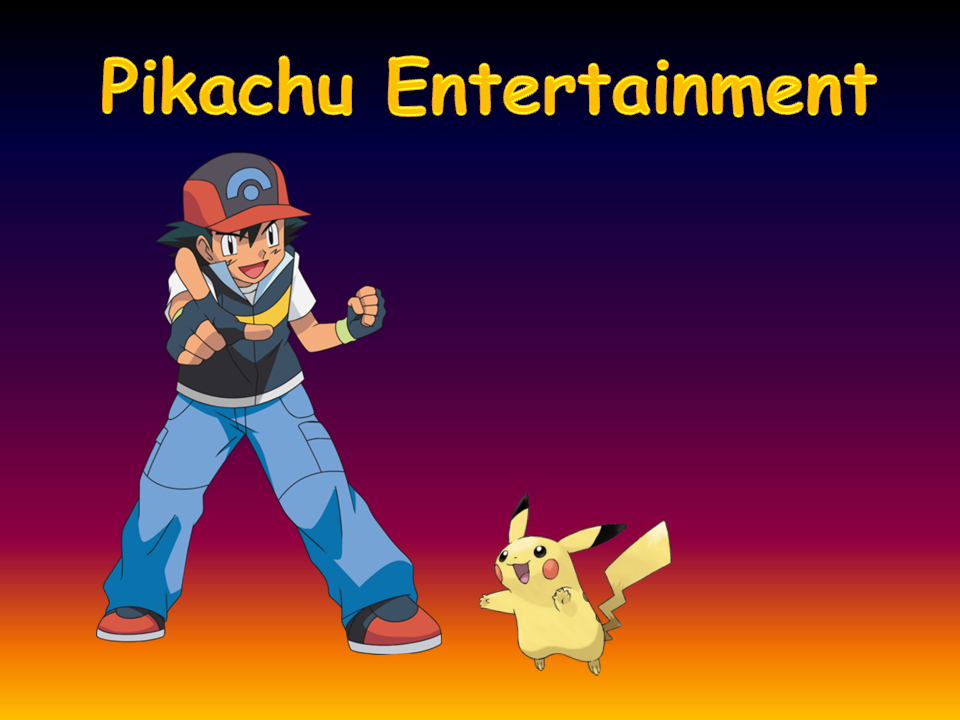 Logo: On a dark-blue/yellow gradient BG we see the words "Pikachu Entertainment". Then Ash Ketchum walks in and makes his fingers into an L. Pikachu walks in and jumps up onto Ash's shoulder. Ash says, "Pikachu!" and he pats Pikachu on the head. Then the logo fades away.

Scare Factor: Same as before.