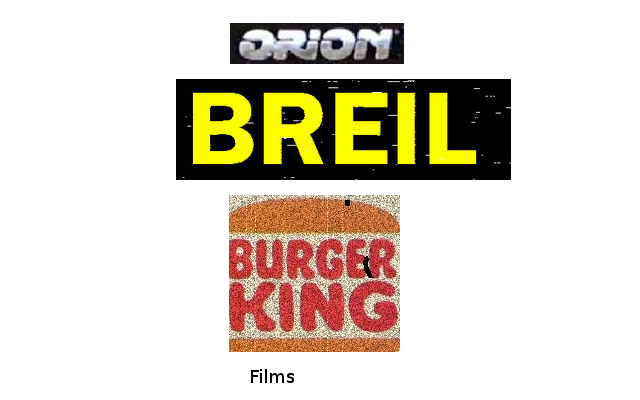 Logo: In space, lights form the Orion logo, and then "BREIL" in yellow zooms back and on bottom we have the Burger King logo, but in 3D. The logo shines.

Availability: Not seen today; but rare.

Logo: We see a Burger King resturaunt, but it says:

Availability: Seen today. It is current on any old and new show from 1999-present.

Scare Factor: Low, the man saying "It's Burger King!" may scare you.