Background: Moonstar Productions is an imaginary company. It was founded in 1975, and was known for producing, distributing, animating, and making several movies, television shows, video games, and more. It is co-owned by Heron Communications, Inc. and Warner Bros. Entertainment. Other divisions of this company inculde Moonstar Pictures (What this article is about), Moonstar Video, Moonstar Television, Moonstar Animation (Includes MAS and MCS), Moonstar Interactive, and it also has distribution rights to some Anime dubbed by FUNimation and some DiC Entertainment shows. 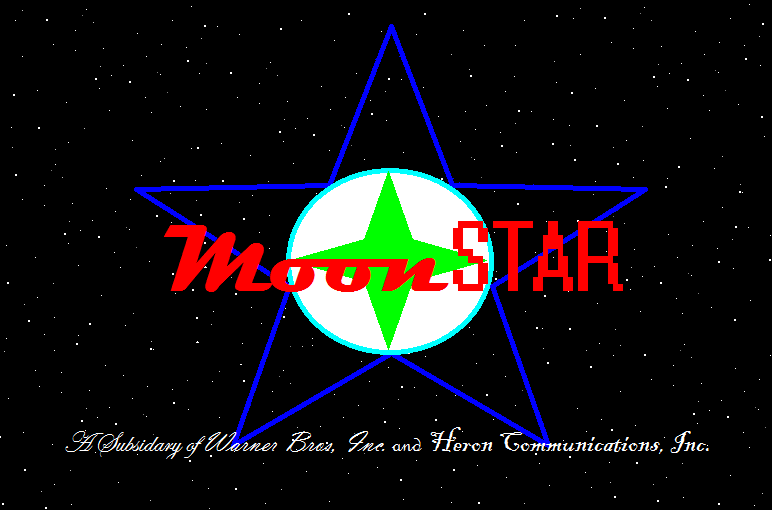 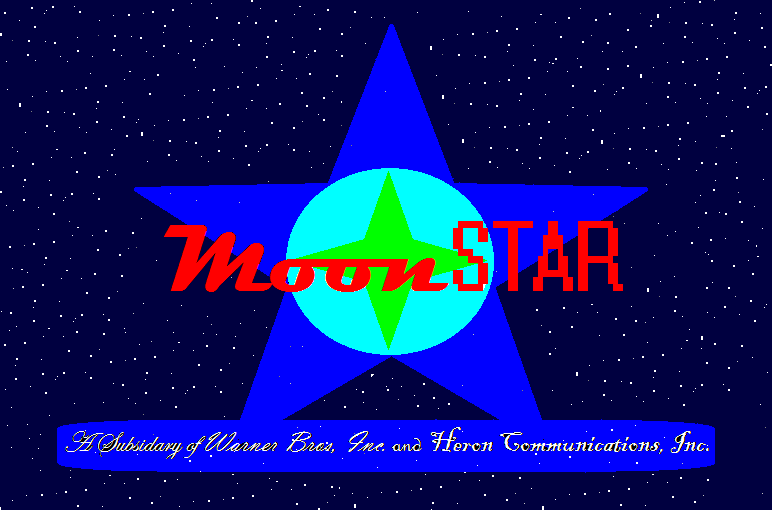 Logo: On a black space background, we see a Green four-pointed star fly by a white circle with a Cyan outline. They both colide and thus, the vibration creates a transparent star with a Blue Outline. When they stop moving, "Moon", starts writing itself out, while "STAR" types itself. Underneath, "A Subsidary of Warner Bros, Inc. and Heron Communications, Inc." writes itself out too.

Variant: Sometimes, such as the image on the right, it will have a dark-blue space bakground, and the white cyan-outlined circle is colored in. The Star is also light-blue, and a blue box centers "A Subsidary of Warner Bros, Inc. and Heron Communications, Inc." as it writes out inside.

FX/SFX: The Shapes Moving, and the vibration forming the Star. "Moon", being written out, and "STAR" being typed. Also, the byline writes itself out as well.

Availability: Common. Seen on several Moonstar Pictures Films of the era. The regular variant was used on films themselves, and the variant is on trailers. Here's some to start, Killer Kid, Fried, Dance Like Dummies, Victor, and Punctuality is a... Virtuality?!

Scare Factor: None to Low, the Animation and Music may scare some.