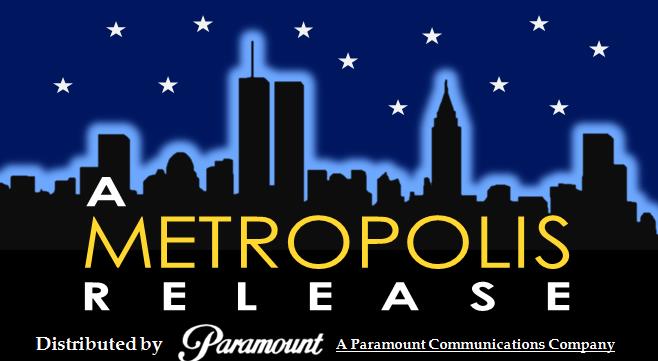 Logo: On a dark blue, starry background, we see a silhouette of the New York City skyline. "METROPOLIS" zooms to the screen a la the text in the 1970s Sanrio Films logo. The texts "A" and "RELEASE" in the same font as each other appear from a glow a la the Disney logo in the 1985 Walt Disney Pictures logo. The byline "Distributed by Paramount - A Paramount Communications Company" fades in.

Music/Sounds: A synthesized choir with a saxophone playing the last few notes of "New York, New York" by Frank Sinatra.

Availability: Currently seen on most Metropolis shows on the era.

Scare Factor: Low to High. The text zooming-in may scare more than few.