Background: This is the company of Lloyd Jeffry Schwartz, co-creator and among the executive producers of such shows as The Munsters Today and The Gerard Griffith Show, and the son of the late Sherwood Schwartz (himself creator of such shows as Gilligan's Island and The Brady Bunch).
Note: This is a fictional vanity card of a real TV producer.
(1990-) 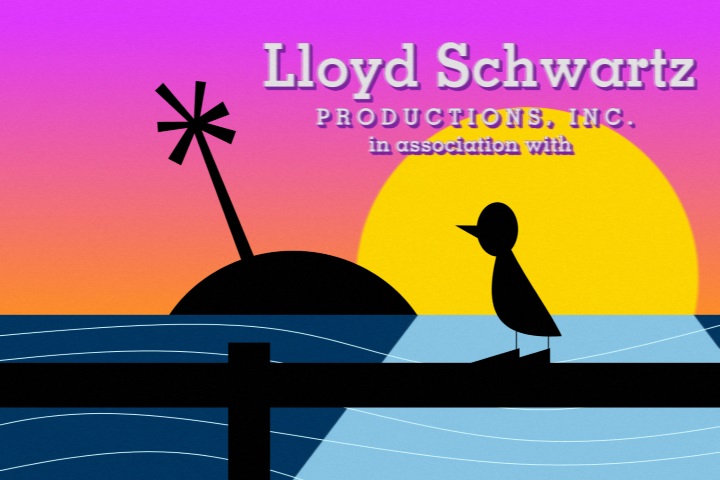 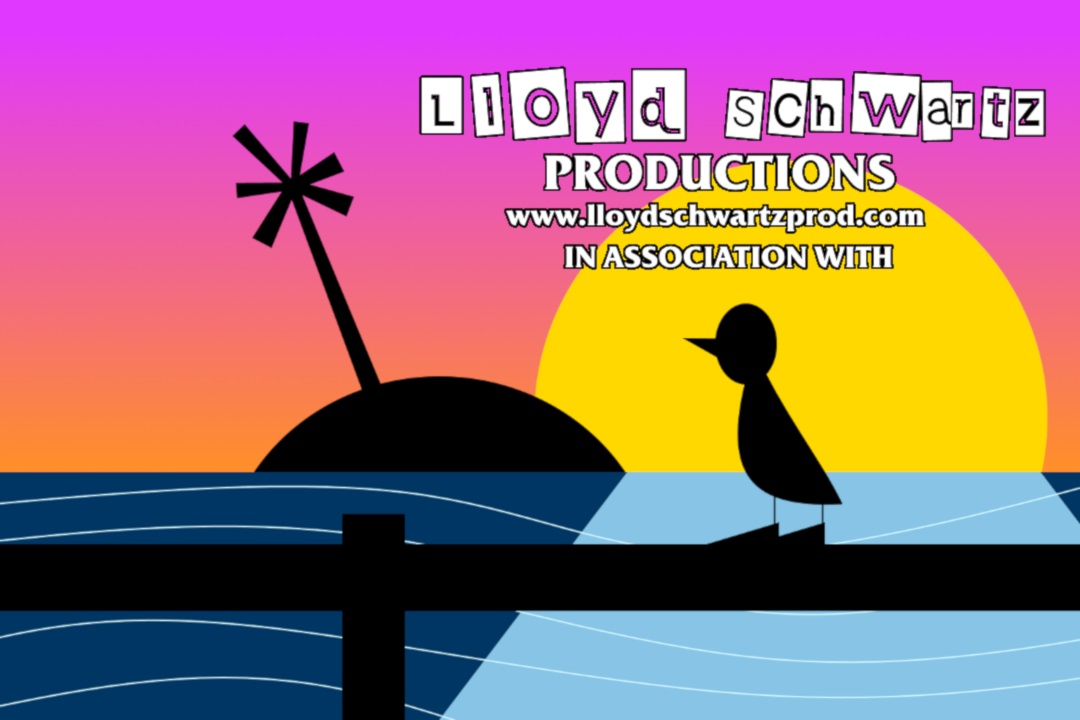 Logo: We see a dark ocean with the silhouette of an island that contains a tilted, stylized palm tree. In the foreground is the silhouette of a barrier (presumably on the edge of a dock or pier) on which the silhouette of a bird stands. A yellow sun slowly sets behind the island and bird, brightening up part of the ocean. The text:
Lloyd Schwartz
PRODUCTIONS, INC.
has already appeared, and "in association with" fades in below as the bird chirps.
Trivia: The island's inclusion is a homage to Gilligan's Island, which was created by Schwartz's father Sherwood Schwartz.
Variant: Starting in 1998, the text received major changes. The Lloyd Schwartz text is now in a typeface in the style of ransom notes and each letter now flips in one by one from the left at a fast pace. "PRODUCTIONS", the URL "www.lloydschwartzprod.com", and "IN ASSOCIATION WITH" are all below the Lloyd Schwartz text, each themselves flipping in from the top. The background animation is about the same, but slightly redone and feels slightly smoother.

FX/SFX: The sun and the bird's beak when it chirps.

Cheesy Factor: Although it was pretty decent for 1990, it is starting to show it's age, even with the 1998 version.

Music/Sounds: A flute fanfare followed by the bird chirping.

Music/Sounds Variant: Due to New Line Network's split-screen credits, there was usually a jazz-like generic New Line jingle playing over (intended to resemble music played over establishing shots on The Gerard Griffith Show), but the bird's chirp was left in.

Availability: Common. The original version can be seen on S1-S3 episodes of The Gerard Griffith Show, and the updated version can be seen on S4-S11 of The Gerard Griffith Show. The logo first appeared on Route 1, a New Line Network drama series that ran between 1990 and 1996. It was also seen on Journey On, a New Line Network sitcom that lasted for two seasons from 1992 to 1994.
Scare Factor: Low to medium. The bird chirping may scare some people.