Background: In 2008, a mysterious individual identified only as "WizardDuck" took control of Mozark Productions. WizardDuck decided to do away with the creepy logo from "Designing Women" and other shows... for an even creepier one! He renamed the company "Lazzo/Croker Mzorak Productions" (though Mike Lazzo and Clay Croker, the people named, had no involvement in Mozark/Mzorak whatsoever), and somehow bought the rights to several shows. 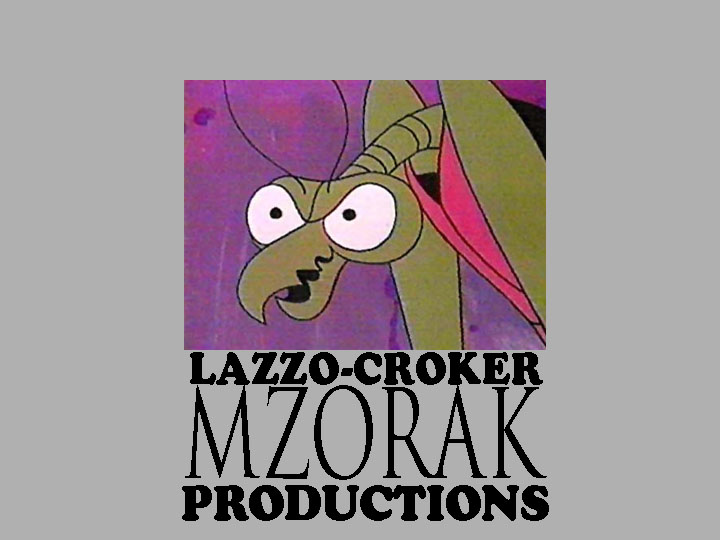 Logo: Looks exactly like the 1990 Mozark logo, but instead of filmstrips, we see a picture of Zorak, looking menacingly to the left. The text:

is below the picture.

Music: The same jingle as in the 1990 Mozark logo. Sometimes, it is replaced with a bizzare combination of the Renaissance Pictures jingle, the 1996 Miller-Boyett jingle, and the 1987 Columbia Pictures Television jingle, ending with Wakko Warner saying "Faboo!".

Availability: Common. Appears On Some Shows on channels such as Nickelodeon, Cartoon Network, USA, Sleuth, Comedy Central, and others.

Scare Factor: Median for the regular variant, and high for the others. The regular music is pretty creepy, and the variants are indescribably weird. We can say for sure, this WizardDuck fellow is pretty twisted!