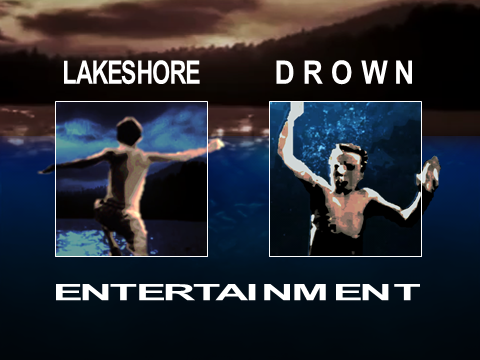 Availibility: Rare, found on DVDs and Videos by both companies but was plastered. You can find this on Home Video only. but are hardly seen in stores

Nicknames: Original now, WTH?, Now this is more like it! 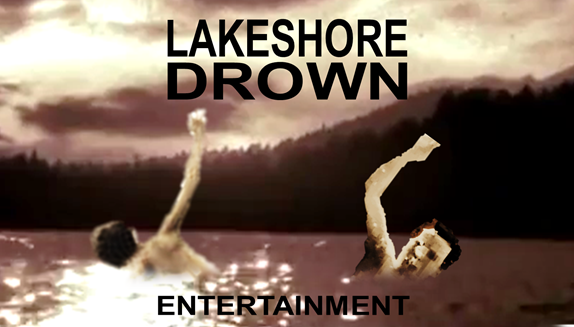 Logo: We see the two boys from both logos in the Lakeshore logo their both drowning (its just a picture) The same words fade in but are in black

Availibility: Rare, on DVD's and Blu-Rays produced by both companies

Background: DROWN Pictures dropped the joint venture between both companies 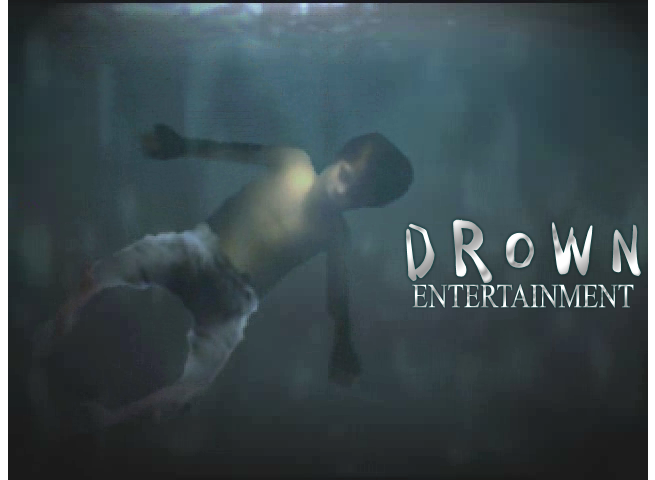 Logo: First, we see a lake in a spooky enviroment, then it zooms into the water. We see a hand reaching high sinking down, then fades to two legs sinking down, then fades to a far look of the two feet sinking down to reveal a boy sinking in the water, he appears to have already drowned. When he reaches the middle, the words DROWN ENTERTAINMENT fade in in the same fonts in the movie logo. After the boy completly sinks to the bottom the words fade out.

Variant: Sometimes it would just be a color version of print version of the movie logo on an underwater background

FX: The water, and the boy sinking

Cheesy Factor: The logo looks kind of poorly animated and the beginning scene with the lake is just a remake of the Lakeshore Entertainment Background