Background:Jerks inc. was founded in 1980 by Lame Y. Jackson, and went popular in the 1987 when they produced their first animated movie, entitled "Free". In 1997, Jerks inc.Successfullymade their first Animated cartoon, "The Mr. Jerkface Show" for Cartoon Network. Today,Jerks inc. participates in animated cartoons and movies.
1st Logo
(1987-1991)

Logo:On a white background, we see the words"JERKS inc." (with JERKS being in different shades of blue) move into each other which causes the word "inc." to yell "HEY! WATCH WHERE YOU'RE GOING!" 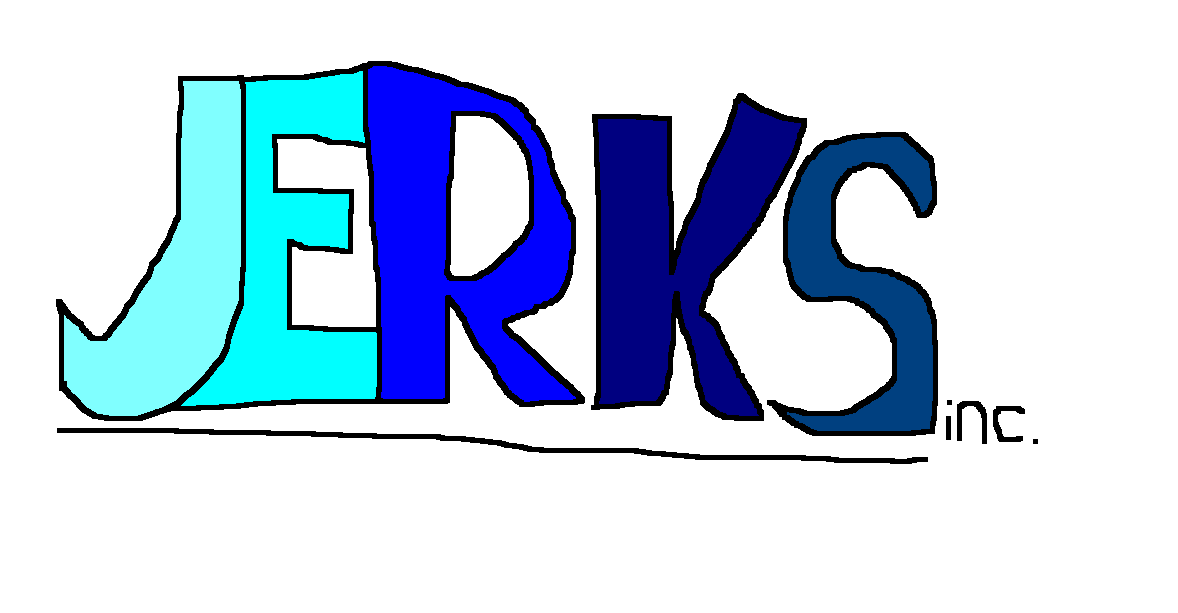 FX/SFX:The words crashing into each other, and the "i" in "inc. changing into a mouth (and of course, changing back into an "i".) 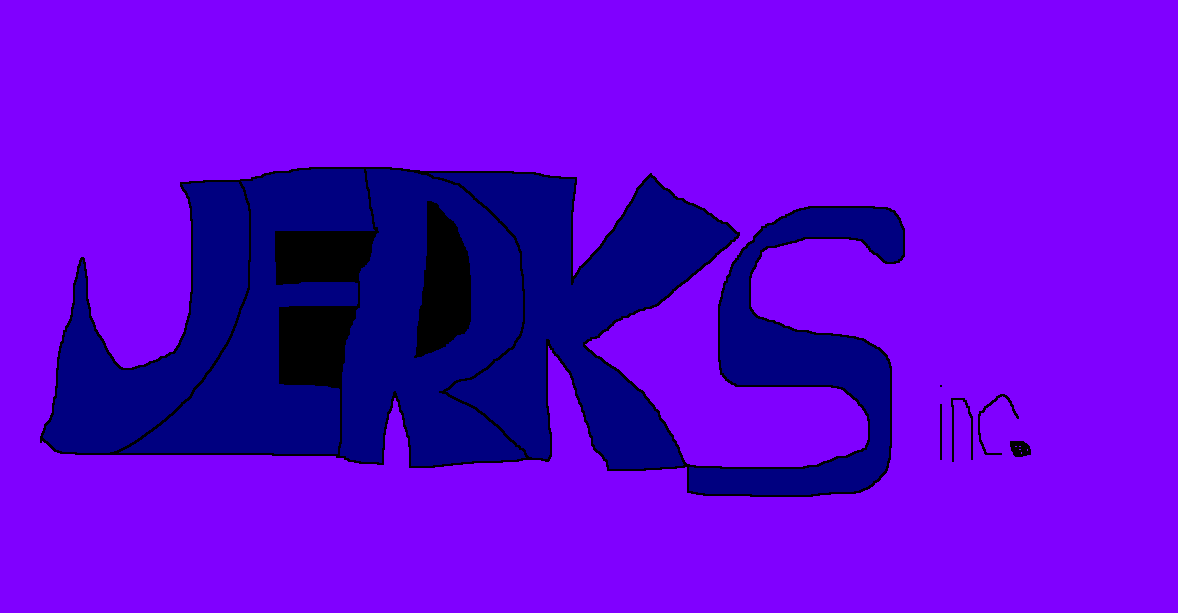 Logo:We see the words "JERKS" (all in dark blue) and "inc." (all in black) on a light Purple background. "inc." later runs off screaming.

FX/SFX:None, Except for "inc." running away. 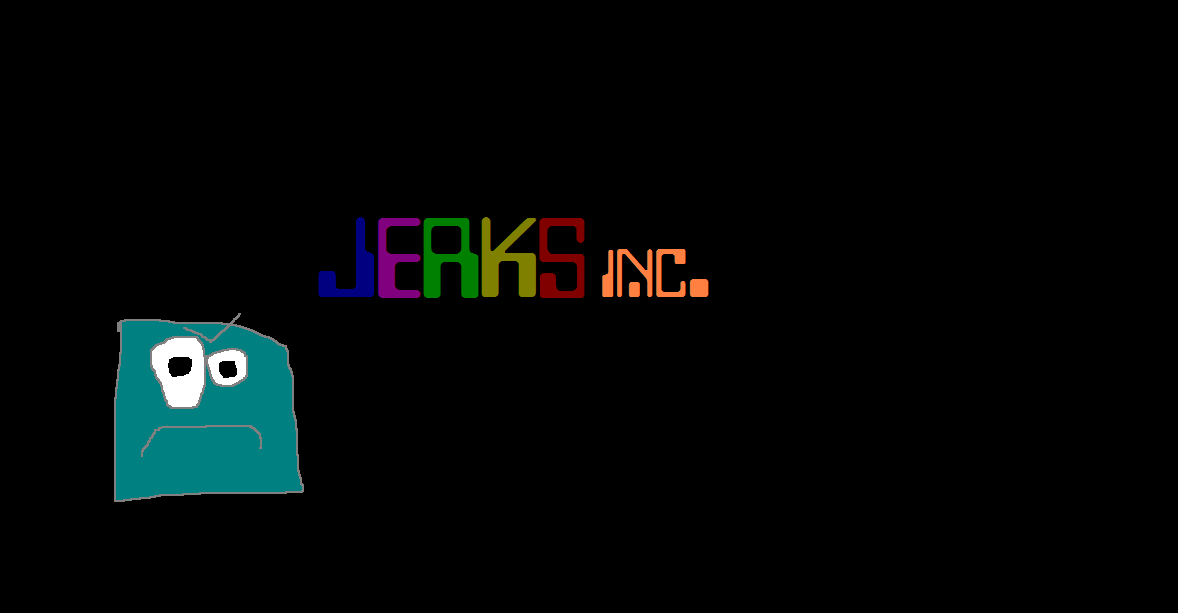 Logo: On a black background, we see the same text, this time in different colors and in the Checkbook font and Mr. Jerkface, from the movie of the same name, appears next to it.
FX/SFX: None. 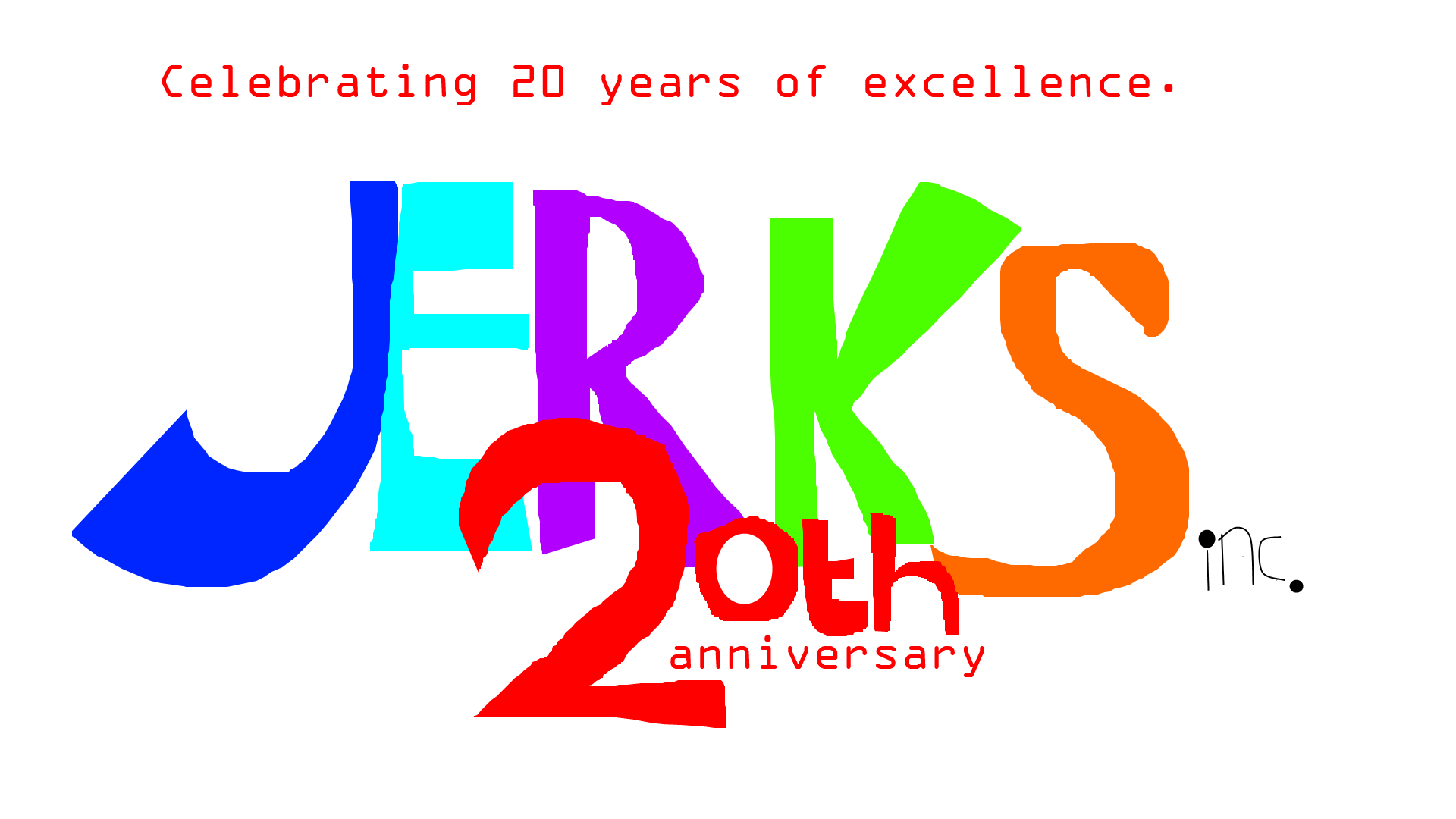 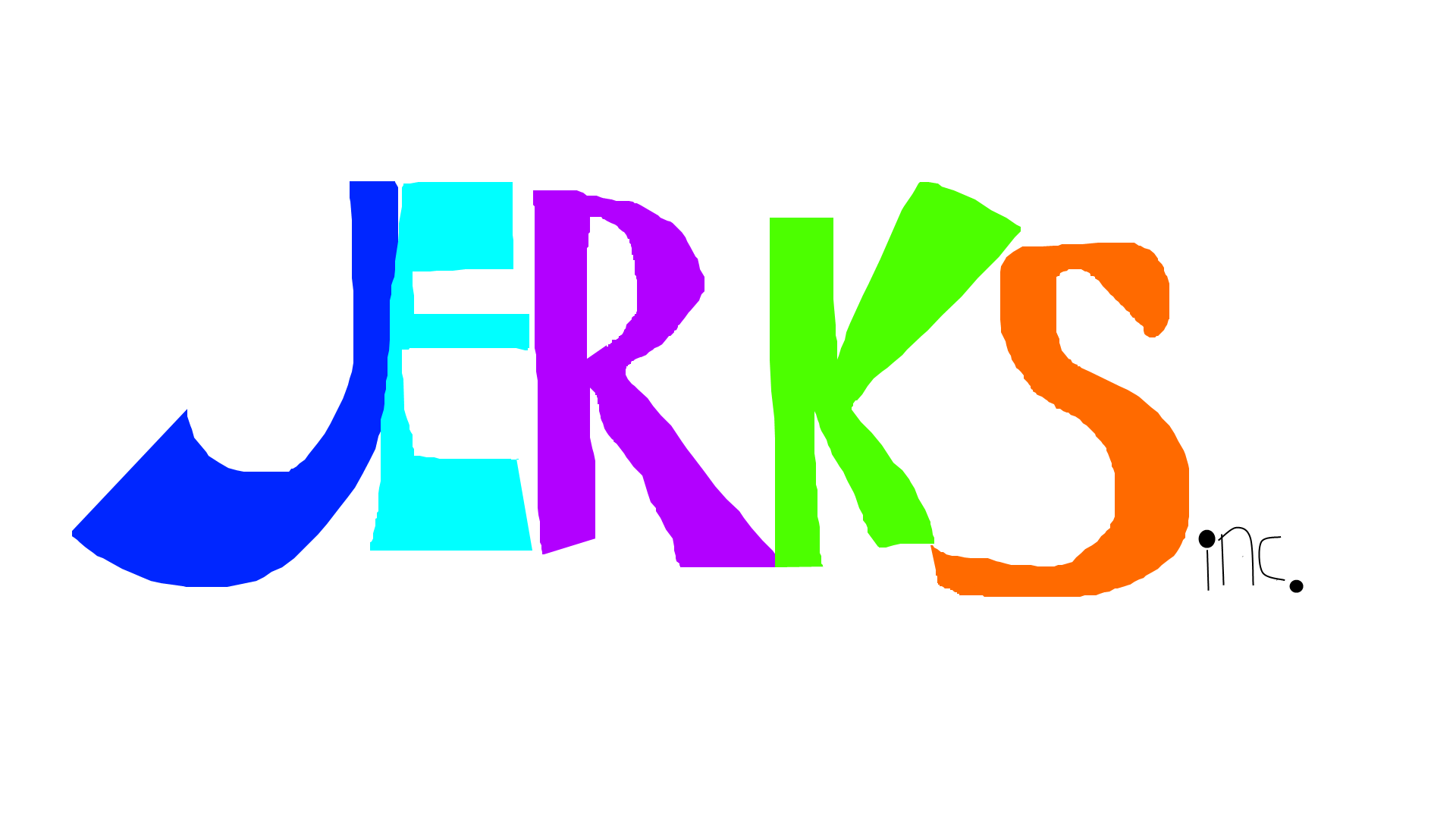 Nicknames: "Happy 20th, JERKS.","JERKS: Part 4: The Jerks have a Birthday Party."
Logo: On a white background, we see the text "JERKS" again in multiple colors. "inc." is back in black, and above the text is "Celebrating 20 years of excellence." In front of the text "JERKS" is "20th anniversary." 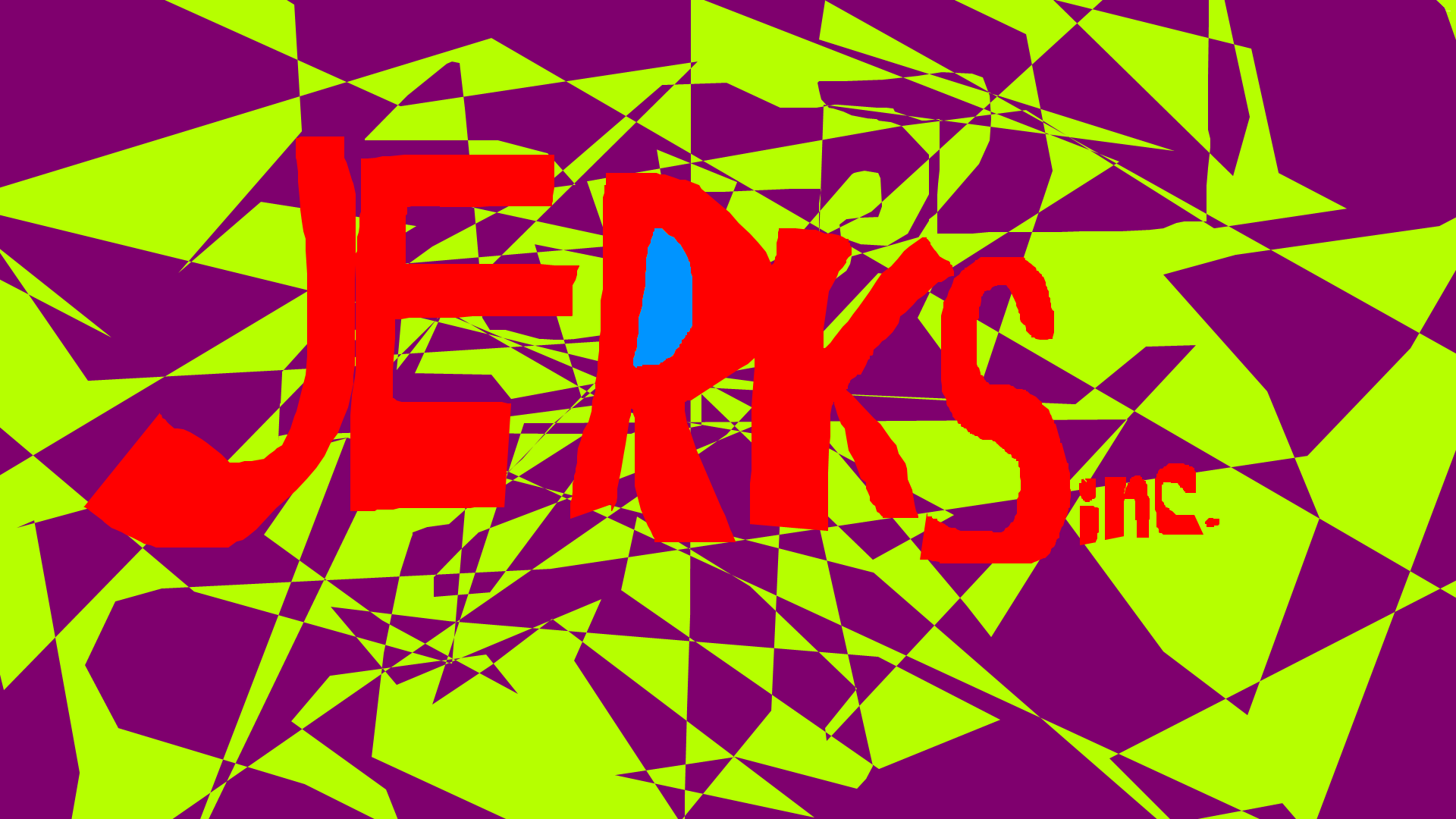 FX/SFX: None. IT'S A STILL LOGO. WHAT DID YOU EXPECT?

Music/Sounds: Same as above, with the exception ofThe Mr. Jerkface Show variant. FAIL WARS: CLONE WARS has a Burp sound followed by a Fart sound.
Availability: It was used on2007-2010episodes ofXtreme Losers on Nickelodeon, 2010- Episodes of FAIL WARS: CLONE WARS on Disney XD, and movies since "FAIL WARS 404 Error: File Not Found" (2009)
Scare Factor: Same as before.