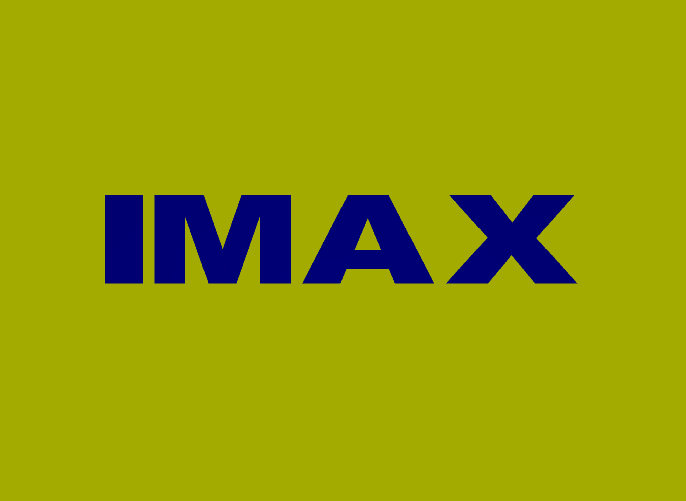 Logo: Just a still shot of the IMAX logo in blue on a yellow screen.

Availability: Extinct in theaters, though some VHS prints of IMAX films such as Tiger Child may have this. 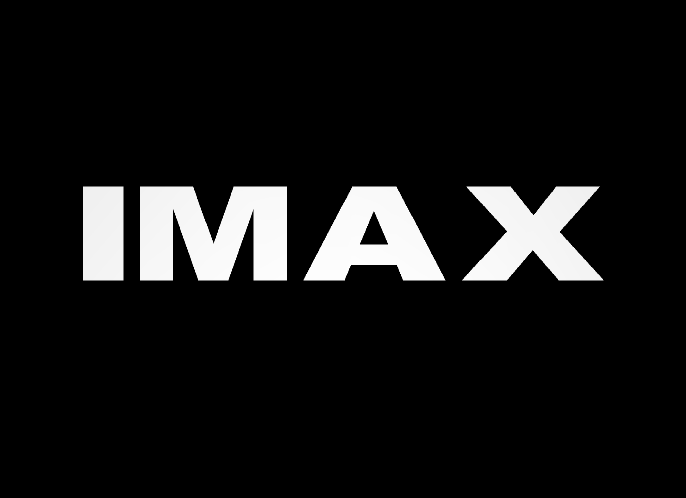 Logo: On a black screen, the following is typed out:

Variation: For 3-D converted anime from Japan, the IMAX logo zooms in instead of fading in. Keep in mind that this was before IMAX got its own 3-D system.

FX: The typing of the words and the occasional zoom-in of the IMAX logo.

Availability: Extremely rare, as most films that had this logo now use later logos. Surprisingly, early Lupin III movies preserve this wherever they're still playing. It can also be found on 1986 VHS prints of the first two Lupin III movies and the first Urusei Yatsura movie. The 2-D version is an even tougher find.

Scare factor: None for the regular version, and minimum for the 3-D version due to the sudden zoom-in. 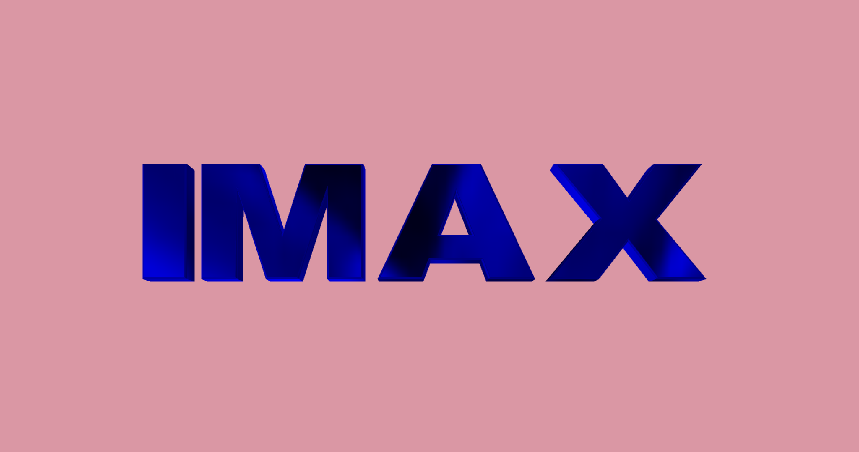 Logo: On a white background, "The world's largest screens" in green zooms in and fills the entire screen. Then "12,000 watts of surround sound" in red does the same thing, followed by "Crystal clear images" in pink. Finally, the IMAX logo in blue zooms in and stops in the middle of the screen. From 1985 to 1987, it's a still picture.

Music: A synthesized ditty or silent.

Availability: Scarce, as the logo has become as rare as it gets without being extinct. Later Urusei Yatsura movies should preserve this whenever an IMAX theatre decides to play them, and recent home video release of Ranma ½: The Battle of Nekonron preserves this

Scare factor: High, because the zoom-ins may remind you of WGBH 1972. 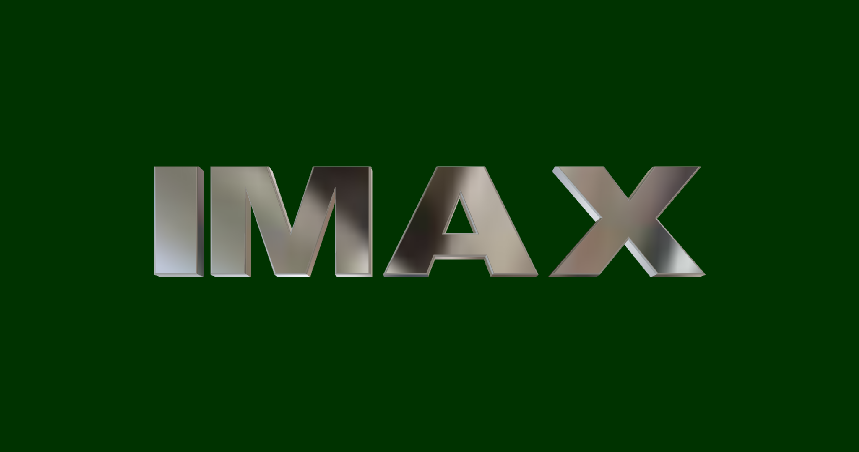 Logo: On a dark green background, the bronze text "The world's largest screens" zooms in, then flips to the left on its axis. Flipping in in its place is the silver text "12,000 watts of surround sound", which flips out on its axis in the same manner. This is followed by the gold text "Crystal clear images", which does the same thing before fading out. Then a platinum IMAX logo fades in.

Variation: On 3-D releases, the platinum IMAX logo zooms in instead of fading in.

FX: The ever-flipping text, and the occasional zoom-in of the platinum IMAX logo.

Availability: Rare, though more common than its predescessors due to it being more recent and even commonly plasters older IMAX logos on current prints playing in IMAX theatres. Can be seen on later Lupin III movies as well as the Sailor Moon movies wherever an IMAX screen is showing them. Also preserved on home video releases of the later Lupin III movies.

Scare factor: Medium to high due to the dark mood and loud fanfare, combined with (at least in the 3-D version) the zooming in of the IMAX logo. 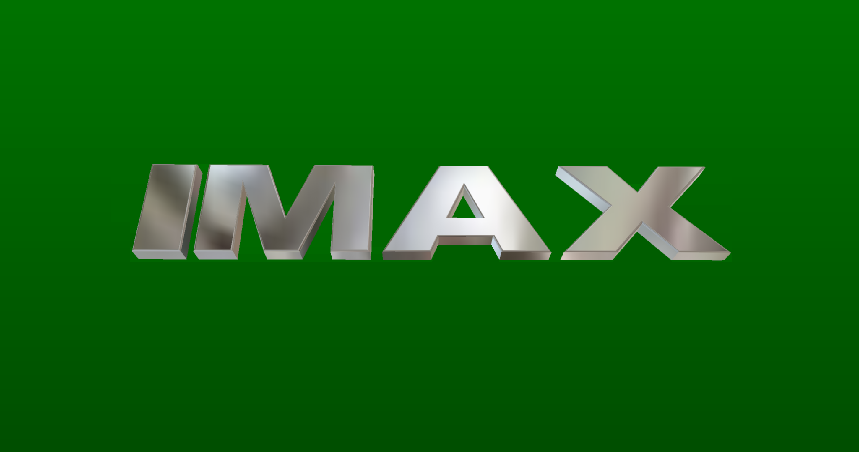 Logo: On a navy blue background, the gold text "The world's largest screens" zooms toward the viewer. The background then turns green. Then, the blue text "12,000 watts of surround sound" zooms out. This is followed by the red text "Crystal clear images", which forms a silver IMAX logo fliping in.

Variation: On 3-D releases, the IMAX logo looks like it's popping out of the screen after it flips in when you are wearing 3-D glasses. Also, DMR releases of anime such as Appleseed and The Disappearence of Haruhi Suzumiya have a Digitally Transformed byline under the IMAX logo.

FX: The zooming of the text, and the occasional "popping out of the screen" of the logo.

Music: Same as the previous logo, but way less noisy.

Availibility: No longer current, but this is still an easy catch, having been seen on IMAX presentations of anime of the time such as InuYasha: The Castle Beyond the Looking Glass. The last feature to use this logo was The Disappearence of Haruhi Suzumiya.
Scare factor: Medium, this is tamer then it's predescessor.
6th Logo
(2010-) 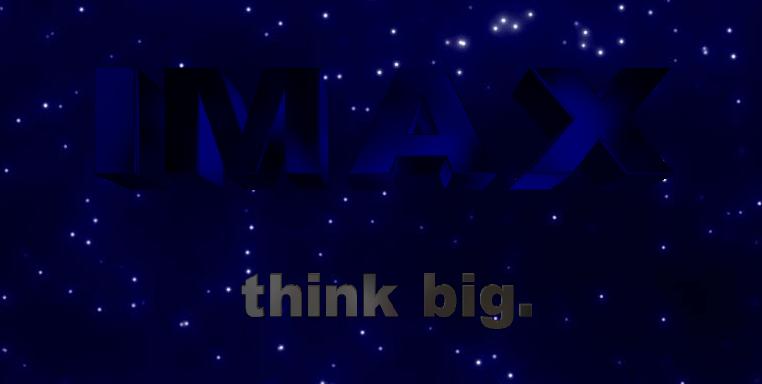 Logo: On a space background, the blue text "THE WORLD'S LARGEST SCREENS" zaps in, then zooms in, followed by "12,000 WATTS OF DIGITAL SURROUND SOUND" and "CRYSTAL CLEAR IMAGES". Afterwards, the IMAX logo, also in blue, zooms in and flashes. "think big." fades in under the IMAX logo.
Variant: On DMR releases of anime such as Pretty Cure All Stars DX 2, "DIGITALLY TRANSFORMED" appears under the IMAX logo and after a few seconds fades to "think big."

FX: The zooming of the text.