Logo descriptions and captures by SnowflakesOmega
Background: Galm Produksie was an Eutomnian producer and broadcaster of shows for the late night TV audience. The company became bankrupt in 1988.
(1983-1988) 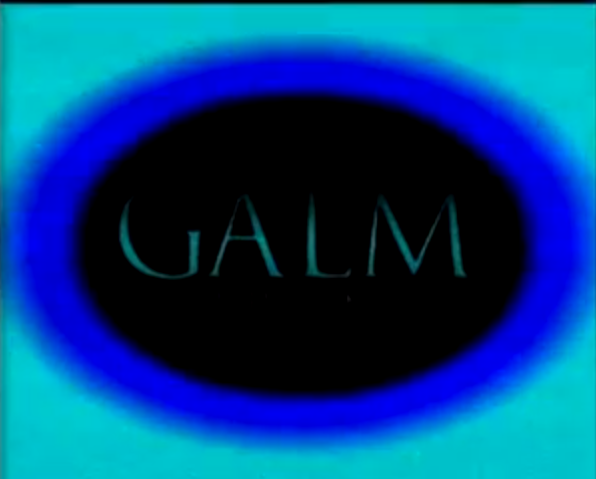 Nicknames: "Eutomnian Whoosh of Death", "The Glowing Tunnel", "Tunnel of Darkness", "Galm of Doom", "Dark Side of Blue" ''3-G Home Video's Eutomnian cousin"
Logo: On a black background, we see a cyan oval. This oval is lightened up by a blue beam. We move closer to the oval as the light centers it's position and reveals various other ovals, making up a tunnel. We go through all the tunnel and encounter a cyan/blue ellipse background. After a few second of inactiveness, the word "GALM" zooms in and spins, then the spaced out word "PRODUKSIE" zooms out below the "GALM".
FX/SFX: This is actually quality animation for a 1983 African logo, despite the low framerate.
Cheesy Factor: The logo is way too dark, you can't clearly see "PRODUKSIE".
Music/Sounds: Distorted white noise swooping up and ending with an ominous reverb.
Availability: Extinct. And since it was seen on late night on televisions, expect very few VHS recordings with this logo.
Scare Factor: High to nightmare. The darkness and whoosh are very startling since it comes without any warning at all. The fact that this logo appeared at late night broadcasting makes it even worse.