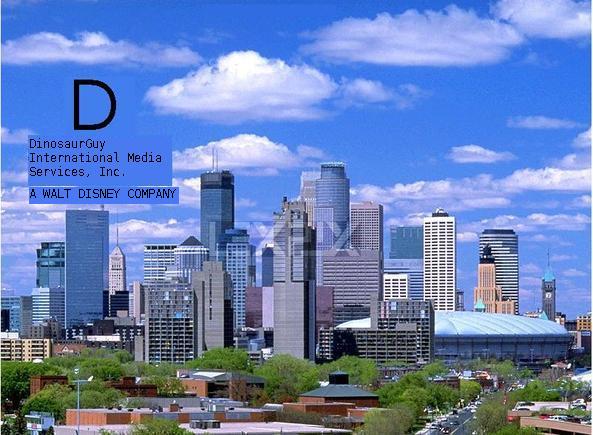 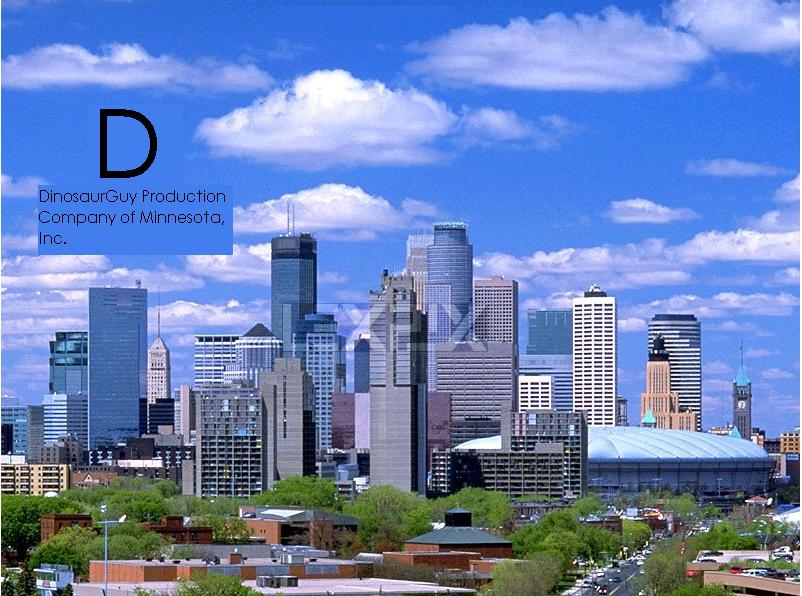 Logo: Against a skyline of Minneapolis, St. Paul, we see the "D" rotating to the center in a rainbow streak. Then, the rainbow streak lines out of the logo. After that, the "D" flashes to blue and the words "DinosaurGuy Production Company of Minnesota, Inc." in black flash in below. Starting in late 2009, "DinosaurGuy International Media Services, Inc." and "A Walt Disney Company" appear (the former byline replacing "DinosaurGuy Production Company of Minnesota, Inc.")

FX/SFX: The rotating of the D to center, the colors lining out of the logo, the flash of the "D".

In Chao Adventure, the "D" is replaced by a Chao's head.

Music/Sounds: Here are the main music variants used on this logo:

Generally, an instrumental version of the Rick Astley song "Just Good Friends", complete with a laser-like whoosh sound, and ending with a sound similar to that of the "Pokemon Company" logo.

On Dissidia: TV, YouTube Poop & Movie Crossover, the jingle was replaced by the WXXI fanfare.

In other cases, it used the closing theme of the show, or none.

Scare factor: None to minimal; This is a cute logo.