Logo descriptions, logo captures and video footage byDerpoNonery3678
Background:Cubic Pictures is a film and distribution company formed in 1982 by Roth Daniel. The company originally makes low-medium budget films, however, they were box office hits in the cinema with movies grossing as much as $240,000,000. Today, they still exist and they have made the hit drama 'Dark Skies' and they are producing TV shows. They didn't had a logo until 1985 with the film 'Run'.
1st Logo
(August 13, 1985-December 1, 1998) 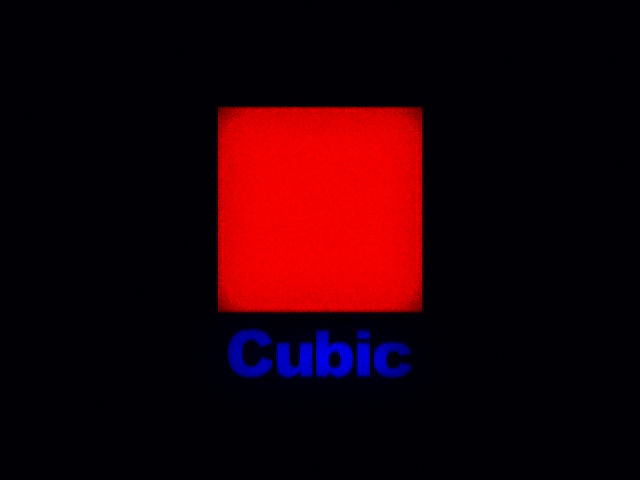 Logo:On a black background, we see a square zooming out with blue rays. Below are the rays of the word 'Cubic'. The rays start to go up and then disappears, forming the logo. The logo consists of a red square with the word 'Cubic' in a blue bold font.
FX/SFX:The rays, the cube zooming out.
Cheesy Factor:Standard 80s FX which begins to be dated by the mid-late 90s. The theme is also reeks of 80s.
Music/Sounds:5 synth brass keys with the 5th one held the longest. The 5th key also has strings and a bass.
Availability:Very Common actually. Cubic is known to preserve their old logos. First appeared in 'Run', it appeared in every film they've released from 1985 to 1998. Notable movies that have this movie areLife and Death, Blood Rush, Generic Comedy Movie, Scam(Cubic's first movie to win three Oscars, including Best Picture), RevolutionandDeath Trap.
Scare Factor:Low to Medium. The darkness and the zooming out of the square may scare some and the sudden fanfare may scare some viewers but it's relatively harmless.
2nd Logo
(January 1, 1999-present) 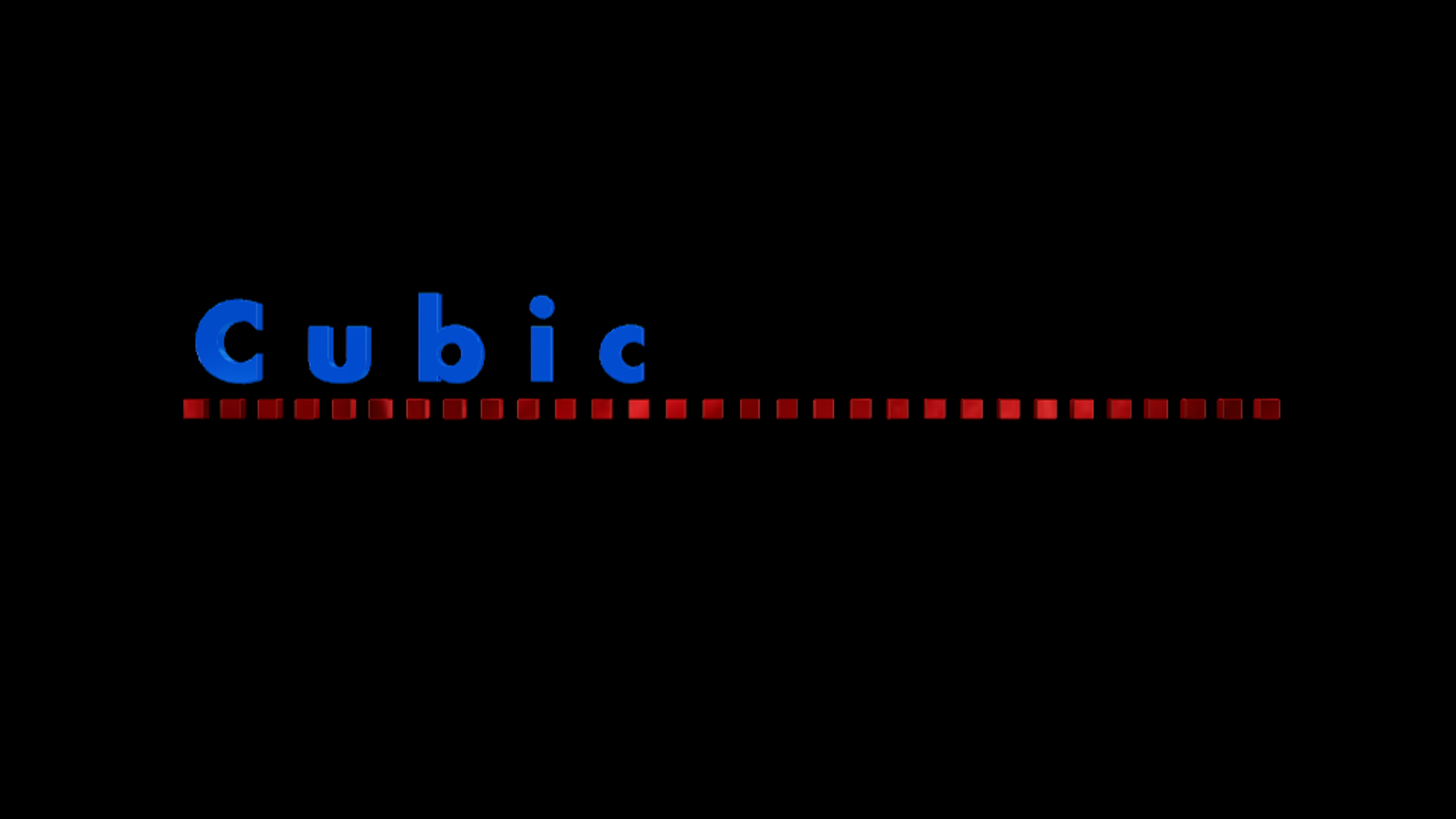 Logo:A line of 30 shiny red cubes far apart zooms out then the word 'Cubic' in a blue shiny font zooms out. The word 'Cubic' goes to the left side of the row of cubes while the row of cubes starts to go closer together forming the then, new Cubic logo. The logo is more shiner and realistic and the word 'Cubic' is now in 'Futura Bold' font. The logo then shines at the end.
Trivia:This logo was designed by 'Rhythm and Hues' and animated by '3D Labs'.
FX/SFX:CGI animation that looks very modern and contemporary and it holds up very well today.
Music/Sounds:Two whooshes for when the row of cubes zoom out and the word 'Cubic' zooms out. There is a reverse piano sound that echos when the logo is formed.
Availability:Very common. First appeared in 'Train Getaway', it appeared in every film Cubic has made from 1999 to today.
Scare Factor: Low. The animation is less scary thanks to the use of CGI but the darkness may still scare some. The reverse piano sound effect may give some people a few chills but is generally harmless.