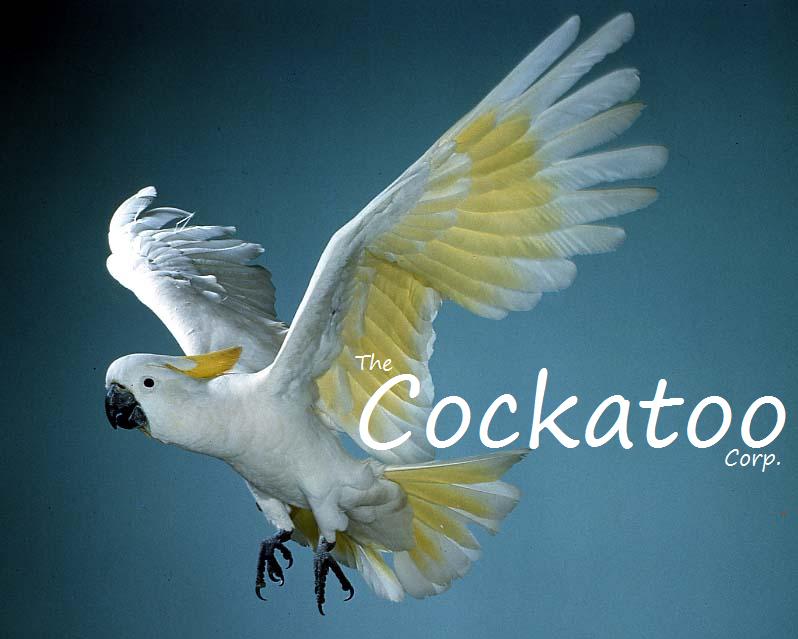 Logo: We see a cockatoo flapping it's wings on a blue gradient background as "The Cockatoo Corp." flies in. By 2003, the words displayed, "Cockatoo Productions".

Music/Sounds: A saxophone melody, bird flapping sounds, and some fans.

Availability: Available on many documentaries and TV series by Cockatoo Productions.

Scare Factor: Low. The Bird comes out of nowhere. 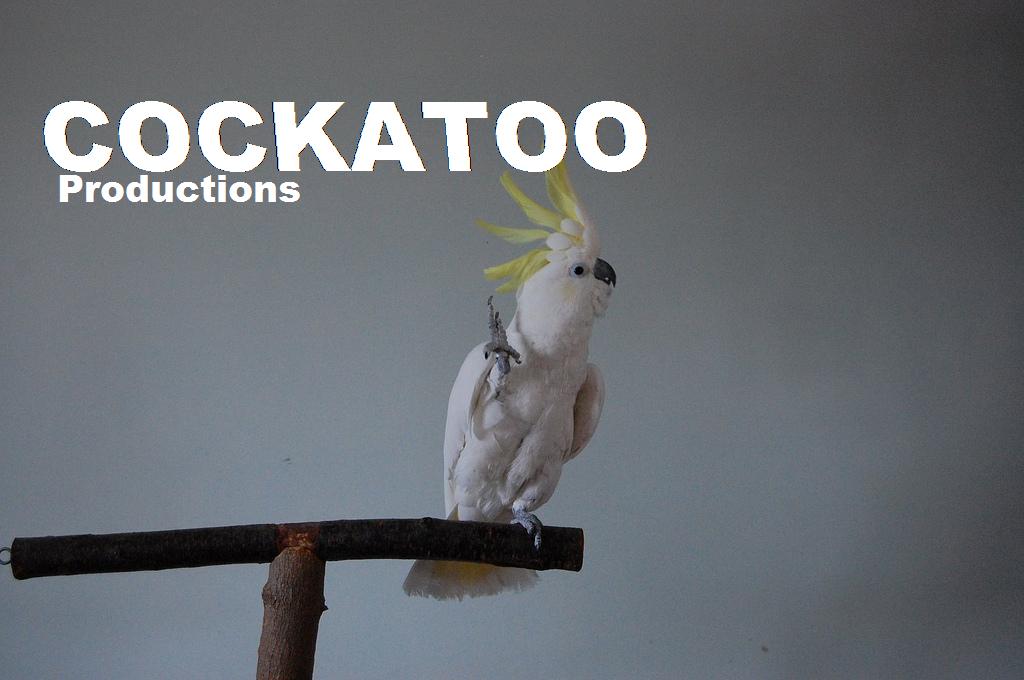 Logo: We see Snowball, a cockatoo, dancing on a perch, when the words "COCKATOO Productions" fly in.

Cheesy Factor: Low. The way the words fly in seems like an 80's scanimation graphic.

Music/Sounds: Same as the 1st logo, but the flapping sounds aren't there.

Availability: Common. Can be seen on my shows of the time.