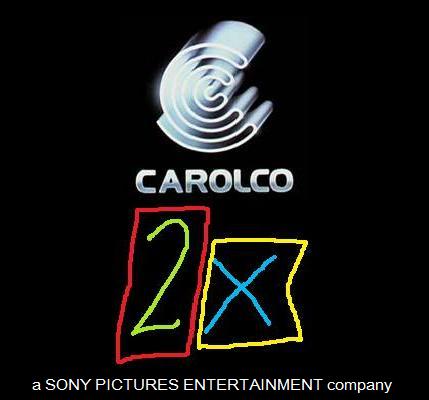 Logo: It's very similar to the '88 Carolco logo. Ok, so on a black BG, a green line (actually a laser) comes down and makes loops, leaves a trail, which makes the Carolco logo.
After a second, the words "CAROLCO" in the Carolco font, and in CGI, zooms out. Then "2X" fades in under. Two squares (red and yellow) flip to surround the "2X", which then turns green and blue, respectivly. Later "a SONY PICTURES ENTERTAINMENT
company" byline fades in.

FX: Good CGI not from Carloco2X, but from Sony Pictures Animation.

Music: A reorcastrated version of the '88 Carolco music with a few lazer sounds. 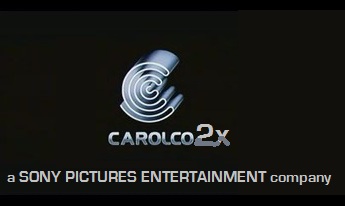 Logo: Same As The Last Logo, But "2x" Doesn't Flip In On Boxes, And Looks Different.

Scare Factor: None For The Still Version, 1/100 For The Animated Version.