Background: This is Alex Henseburg (the program creator of Treefall Ahoy!)'s production company. 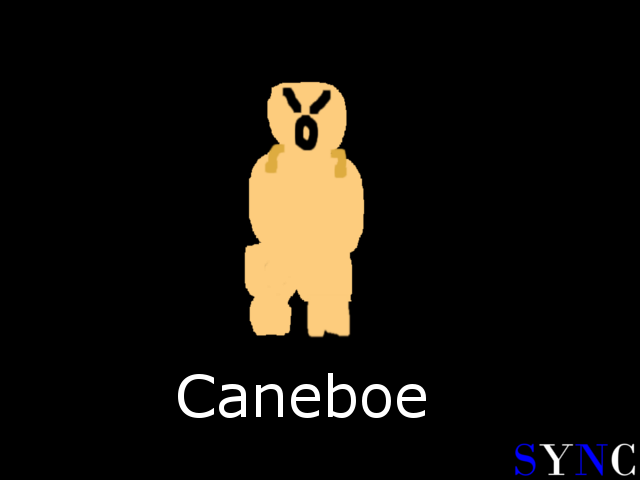 Logo: On a black background, we see a guy with black hair, a brown shirt and blue pants. with the white text "Caneboe" beneath him. suddenly, he inflates and ominous alien sound effects play in the background, he becomes naked and the sounds continue to play until 1 second and the logo ends.

FX: All the animation in the logo.

Trivia: This logo only aired in seasons 1-4 of Treefall Ahoy! but the logo got replaced by Contris Productions on season 5.

Availability: Extinct, only seen on seasons 1 to 4 of Treefall Ahoy! on SYNC Network, even though the 4 seasons still air.

Scare Factor: Low to high, the guy inflating and the alien sound effects may disturb you.