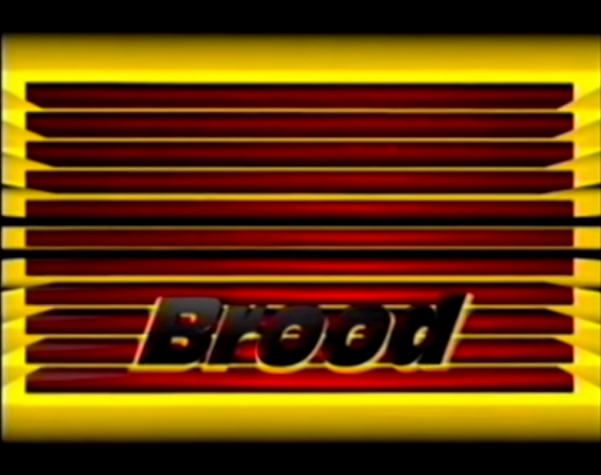 Logo: We see various stacked red lines as the camera moves around them. The camera then goes back, as the word "Brood" zooms out to the bottom of the stacked lines and the camera stops after the word has placed in front of these lines.
FX/SFX: Simple, yet quality CGI for an early African logo...
Cheesy Factor: ...but why do a few Eutomnian companies have to choose themes from another logos?
Music/Sounds: The 1979 VidAmerica disco fanfare, with later an announcer saying "Brood bring aan jou:" on the second half.
Availability: Extinct. This was seen on 1988-1993 Eutomnian airings of South African and American shows, as well as original talk shows from their country.
Scare Factor: None.
2nd Logo
(1993-2000)
Logo: TBA
FX/SFX: TBA
Music/Sounds: TBA
Availability: TBA
Scare Factor: Low to medium.