Background: Box Productions is a Robloxian content production company formed in 2017 to produce shows for the Box network.
1st Logo
(2018-2019) 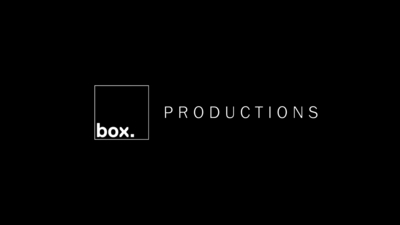 Logo: On a black background, we see the Box logo. It then slides to the left, and the word 'P R O D U C T I O N S' slides out from the Box logo to the right of the screen.

Variants:
FX: The logo and the text moving. For the 'in association with' variant, the text fading in.

Music/Sounds: A remastered, shorter version of the jingle used in the2010 ITV Studios Home Entertainment logo.

Availability: Uncommon. Can be found on some on demand prints for BlyzoChat, but this logo didn't last for very long. It is plastered with the next logo on other prints of BlyzoChat. Rare for the 'in association with' variant, as this was only seen on one episode, which is now plastered by the next logo.
2nd Logo
(2019-) 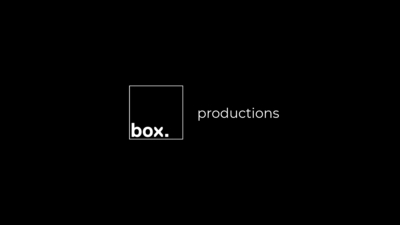 Logo: On a black background, a white cube zooms in to the screen. A black cube then also zooms in, creating a box shape. The words 'box.' then slide up one by one into the logo, before the logo slides to the left. The text 'productions' in all lower case then slides out of the logo to the right.
Variants:
FX: Similar animation to the first logo, however this time the animation is a lot more complex.
Music/Sounds: See first logo.
Availability: Common for the normal variant. Can be seen on all current prints of Box shows (with the exception of BlyzoChat's on demand prints). Unknown for the 2.39:1 ratio variant.