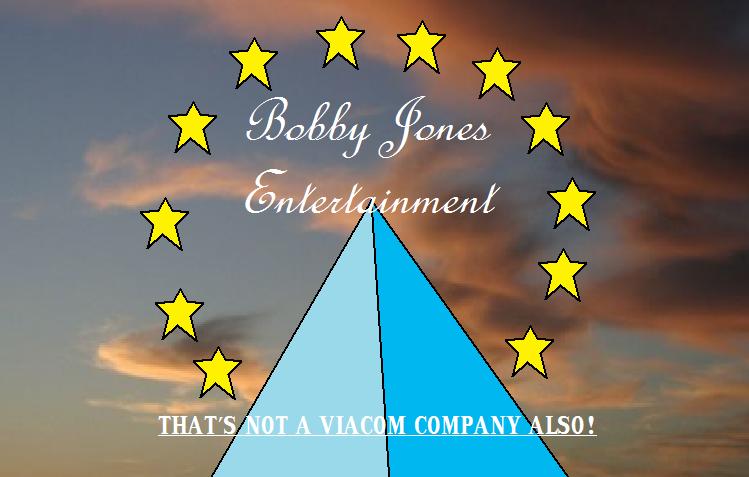 Logo: On an evening sky background, we see a blue pyramid which appears to resemble a mountain. Then, 12 yellow stars fly into the center to encircle the pyramid. After that the words "Bobby Jones Entertainment" in the French Script font fade in above the pyramid and the byline "THAT'S NOT A VIACOM COMPANY ALSO!" fades in below.

FX: The stars flyling, the fading.

Music: The opening theme of a movie or Silent.

Availability: Seen on films made by Bobby Jones Entertainment since 2008.