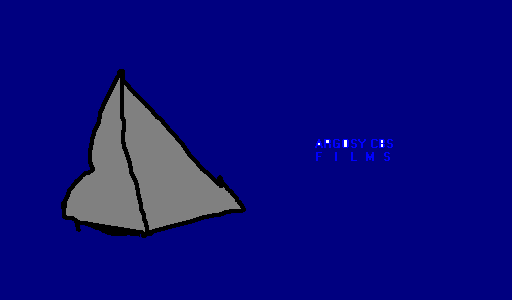 flys in 3D lettering. Then the "A" comes from the center and moves gradually closer and closer to the screen. When it gets to the point where the "A" takes up nearly the entire screen, the screen suddenly goes black.

SFX: Whooshes are heard, then a swish sound when the text appears.

Chessy Factor: The logo does not have the CBS Eyemark at the end.

Scare factor: High to super freaky, the "A" zooming and the music may unserve some people.